Since 1983 the behikes of the CANEY INDIGENOUS SPIRITUAL CIRCLE'S western Pennsylvania teaching lodge  have historically celebrated many of the circle's ceremonies on the 20-acre hill-top site of the Council Of Three Rivers American Indian Center near the community of Dorseyville, just north of Pittsburgh.

In April of 1990 the circle celebrated the 20th anniversary of the founding of EARTH DAY in the United States. as part of that celebration we performed a tree-planting ritual on the lower level of the Indian Center site just behind and below the back parking lot. Four tiny pine tree seedlings were planted at the four cardinal points of a sacred medicine wheel, and the ceremony was blessed by the ancestral spirits. Eventually that particular area of the Indian Center property became part of a nature trail and picnic site. 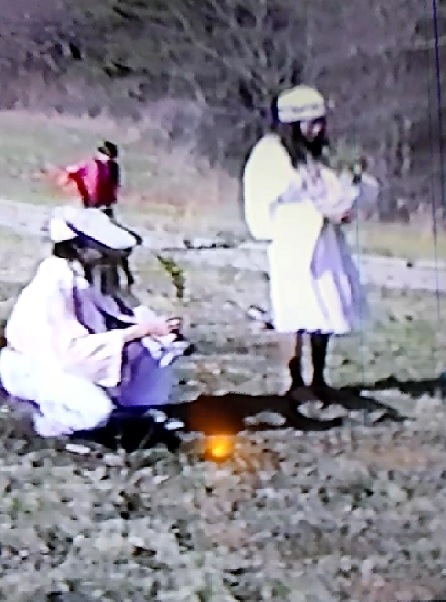 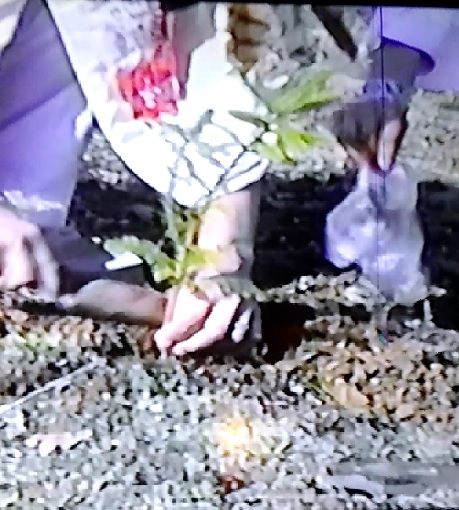 The trees grew prodigiously over the years creating a wonderful sacred space inside the circle of the four trunks in which members of the CANEY CIRCLE have performed personal ceremonies during the time that has elapsed since that day. 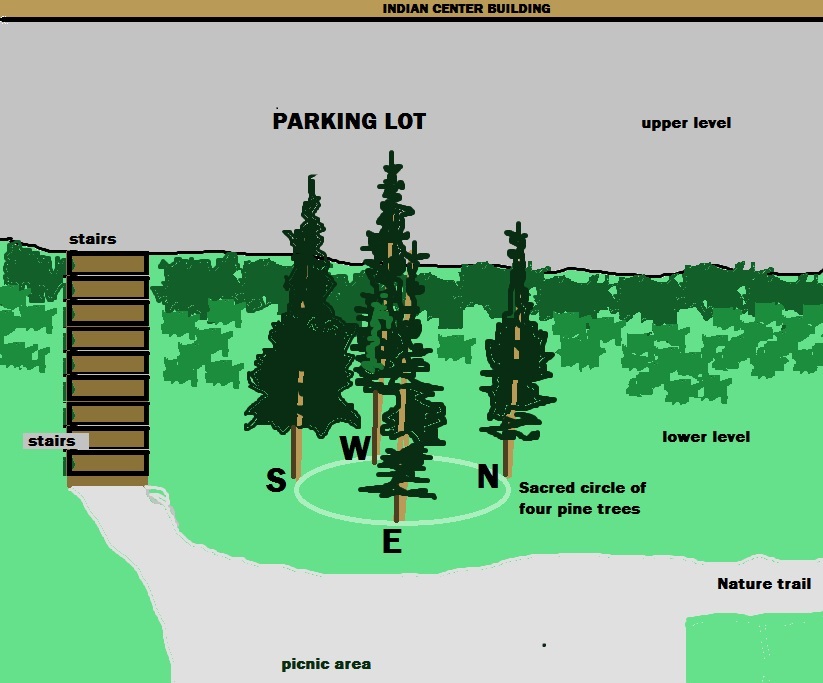 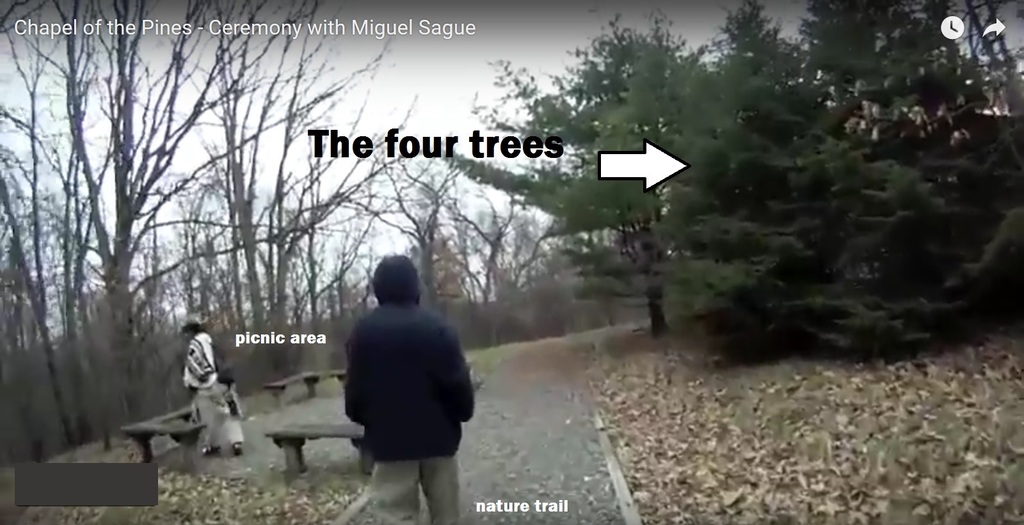 Here is a video taped on April 6 of 2011 at the Indian Center by the film crew of PGHPOV twenty one years after the trees were planted. In the video a group of visitors are given an opportunity to take turns one by one entering the sacred space inside the circle of trees to pray and meditate there.