Guaracha latin Dance Band (Video Clips) since 1989 to the present 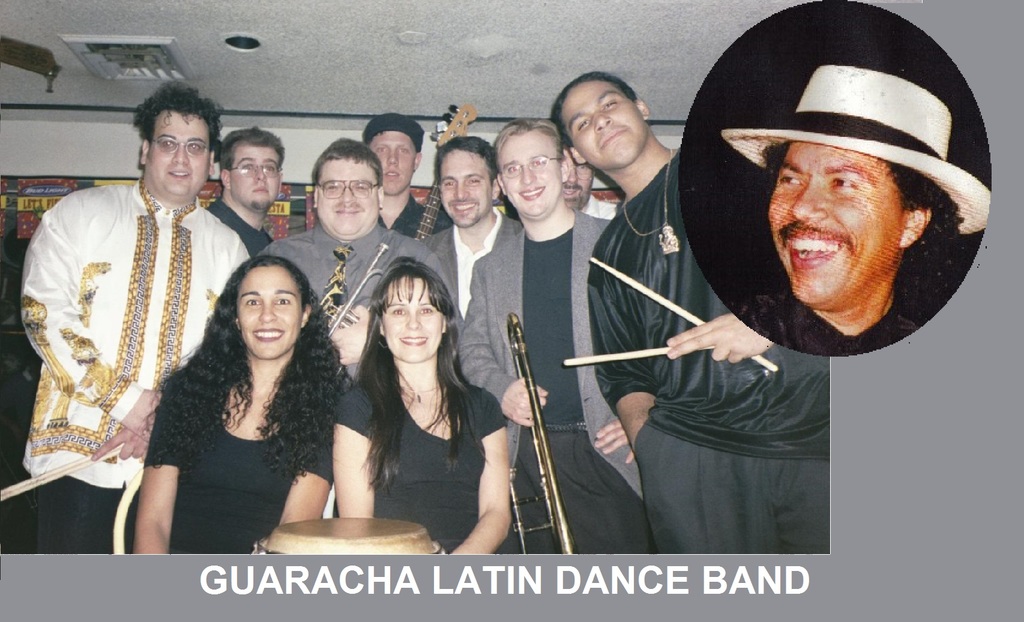 The salsa and merengue band Guaracha was founded in 1989 by Miguel Sague Jr. in Pittsburgh, Pennsylvania. It rose in popularity locally as part of the SAGUE PRESENTS ENTERTAINMENT AGENCY during the decade of the 1990's under his leadership appearing at Latin music dance venues and events as well as private functions all over the region of western Pennsylvania eastern Ohio and West Virginia. In 2001 Miguel passed the leadership of the band to his son Miguel Sague III who has continued managing it to the present day, expanding its repertoire to include reggeaton and other dance genres.

This compilation of videos represents partial clips of original songs released by Guaracha during the 1990's and performed at Pittsburgh's Three Rivers Arts Festival June 18 1995, when the band opened for the evening show of Tito Puente. 1.) This performance was carried out at the August Wilson Center For African American Culture in Pittsburgh Pennsylvania. Guaracha was invited to be the closing act at the end of a panel discussion which was part of the REINVENTING THE AMERICAN CITY event hosted by Michel Martin, NPR network's host of the radio show "Weekend All Things Considered". The event was one in a series of programs called GOING THERE, that Martin was broadcasting from several cities all over the United States .

2.) This is a promotional medley of songs from the 2016 Guaracha latin Dance band repertoire