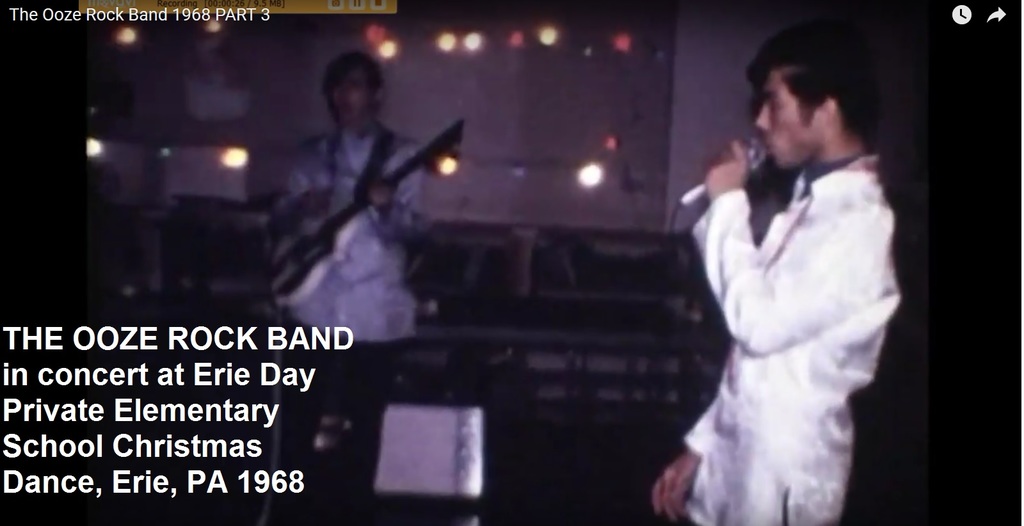 In 1968 17-year-old Miguel Sague Jr was a member of a garage band that performed at local teen venues such as the popular discotheque THE HULLABALOO on the east side of the city of Erie, PA. The Ooze band also performed at private venues

1.) Band Rehearsal in the basement of the Sague home.

2.) Band Rehearsal in the basement of the Sague home 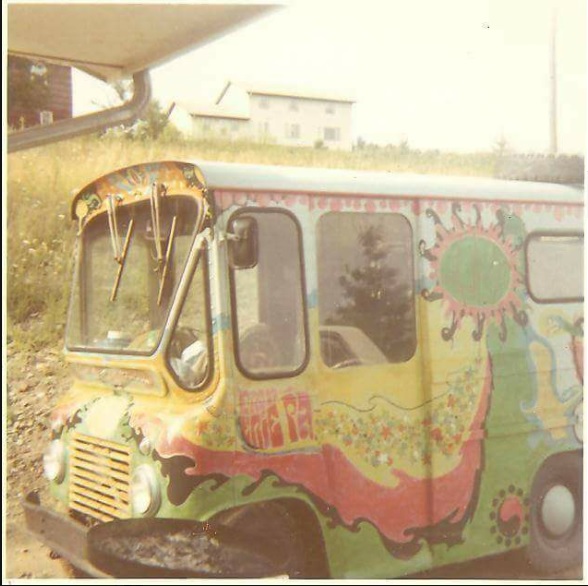 This old decommissioned mail truck was acquired by our lead guitar player Ricky Wolf and was decorated in psychedelic paint-job by himself and our percussionist, the late Dan Cameau, both of whom were fellow art class students at Tech Memorial High School of Erie, PA where I also was a student. We dubbed this van the Ooze-Mobile and it became the official vehicle of the Ooze band.