Bandit Queen Press is Proud to Present
The first edition of the zine
Bureau 39: The Ultimate Weapon
This is an Open Call for Complete and Utter Submission:
Bureau 39 wants your creation:
Writing (creative or otherwise); illustration, photography.
Send in your creative response by July 31st , subject line "Bureau 39" to… Continue

A Note from Max Forte: On the future of the CAC and KACIKE

Dear friends, if you will allow me a personal announcement, this might be of some minimal interest to a few readers of this blog.

By the end of this year I will have formally withdrawn from the Caribbean Amerindian Centrelink, which will either pass into new hands, some new hands, or none and remain archived online at a new location. The current location of the CAC is at…
Continue

Given the debate surrounding the proposed ban of "mixed-blood" marriages among Dominica's Caribs, and the unexplained assertion that 1,000 "full blood Caribs" remain there, added to assertions made in the Taino Revival book that contemporary Tainos are really black people trying to deny their blackness by choosing a Taino identity, there seems to be a whole bundle of very contentious ideas, and… Continue

A number of ICN members have asked for regular chat sessions to be scheduled. Given the size of the network, which is not in the thousands, it is probably a good idea, since that way you can be more or less assured to find someone in the chat room. I have created a special chat room for this site, which is not open and publicly archived like the last one, but is just as easy to use, and with a greater range of features, including private chatting. To sign up or login, please… Continue

Quite by accident (I had never heard of Bankie Banx before today), I found this video titled "Big Chief." The story line that accompanies it reads:

In the lands, where the Arawaks roamed... A Visually stunning music video, recounting the story of the Arawak people who once inhabited the islands of the Caribbean. The 'Big Chief' story centers on a modern day island boy, who discovers an ancient scroll that reveals the true roots of his people.

I'm not sure if that is the… Continue

Dominica Carib Chief Wants to Outlaw Intermarriage: What do you think?

(a very rare news item on the Caribs in the international press, and it's a pretty controversial one at that):

ROSEAU, Dominica - The leader of the last remaining pre-Columbian tribe in the eastern Caribbean says outlawing marriage to outsiders can save Dominica's dwindling indigenous population, but legislators are balking at deciding who can marry whom.

The Global Food Crisis, the Caribbean, and Cassava

I will be writing about this in greater depth soon in The CAC Review, concerning the skyrocketing of food prices worldwide, food riots, and the deepening of hunger in places such as Haiti. In Trinidad's case, there have been serious price rises on a range of basic foodstuffs, without the increased ability of large parts of the population to afford the increases. In addition, issues of food security have been revived, as they must be, once again.… Continue

How to Add Photos to ICN 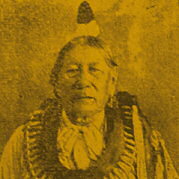 You can upload photos simply by clicking on the PHOTOS tab in the menu above. The system "remembers" that you are the one that added those photos and organizes your photos into a slideshow if you choose. That slideshow--with the photos you choose--will appear on your own page. You can also share that slideshow on your page on any other site on the Web where you can paste in the code for the player.

Years before the stumbling upon the so-called New World the Portuguese had already penetrated the Western coast of Africa to bring home gold dust, strange fruits and African slaves. They beat back the bush like a lion tamer with a whip and leave but nothingness in their wake. They conduct business with others who can not fathom the destiny of this trade. In this continent that is called Africa, humanity’s vanity falls to its knees in the presence of alien creations and lives are exchanged… Continue

What does it mean to be Indigenous today in the Caribbean? New Forum Discussion

A new forum discussion has been started on what the meanings of "indigenous" are in the Caribbean. Here is the description of the intent of the discussion:

Indigenous can be read in many different ways. Some link the idea of indigenous to notions of race, to being "Amerindian", to ideas of ancient ancestry that predates that of all other groups resident in a given territory. Others see indigenous as being local, as belonging here, as being native in a broad… Continue

NEW CHAT ROOM ON THIS SITE

Feel free to meet and join in the new CHAT ROOM for the Indigenous Caribbean Network. Click on the "Pages" tab above, and then select the chat page, or you can click directly here:

This particular chat room, and the page that went with it, has been disabled since a new room was added to the front page… Continue

You can CREATE PAGES on this network

Now you can also CREATE PAGES on this network. Note the new "Pages" tab in the menu bar. Clicking on that takes you to where you can see pages created by other members, and you can create your own. It is possibly the simplest and easiest page creator I have seen so far.

The INDIGENOUS CARIBBEAN NETWORK was created as a replacement for the Directory of Researchers on the Caribbean Amerindian Centrelink. This blog post demonstrates one of the features for which this p…

The INDIGENOUS CARIBBEAN NETWORK was created as a replacement for the Directory of Researchers on the Caribbean Amerindian Centrelink. This blog post demonstrates one of the features for which this platform can be used. Continue