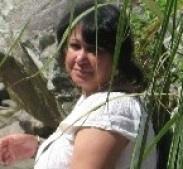 Lenia Sague has not received any gifts yet

About Me:
I am the wife of Miguel Sague. I am a Taina from Cuba. My father's parents are from Boriken (Puerto Rico)

Tau, Sister, Leni. So wonderful to have your lovely and wise presence here!