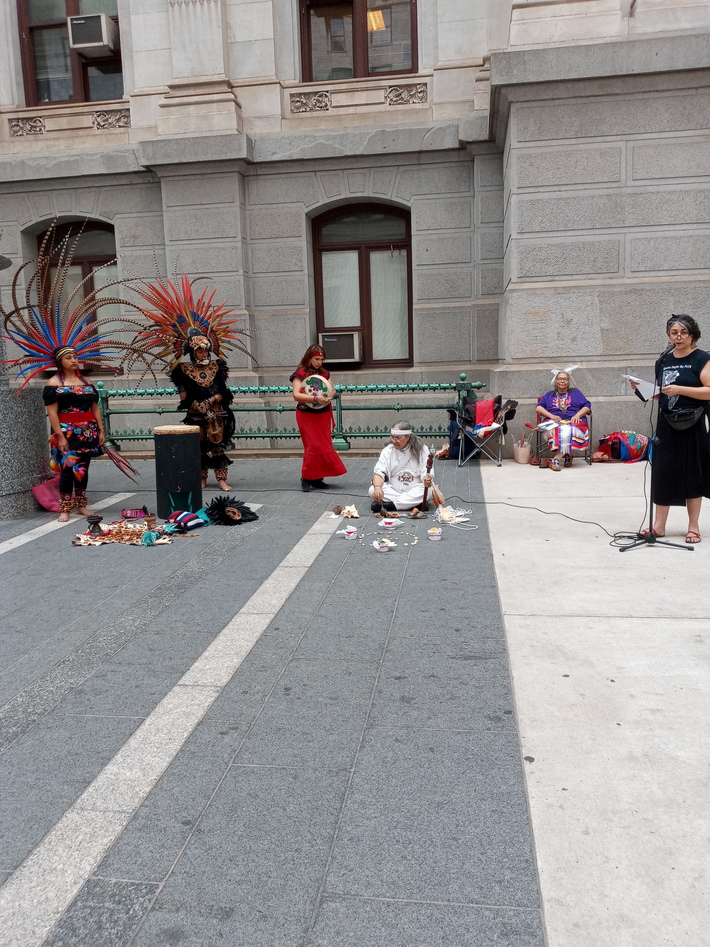 On Thursday June 10 2021 Indigenous people in Philadelphia, Pennsylvania and their allies organized a demonstration in front of the city hall building of that city. The demonstrators were protesting a lawsuit that had been brought against the mayor of Philadelphia by certain reactionary elements of the Italian-Anerican community simply because the mayor had finally passed an executive order to officially change Columbus Day to Indigenous Peoples Day.