It was an honor for me to represent the Caney Indigenous Spiritual Circle this past Sunday October 9, 2011at the fourth annual celebration of INDIGENOUS DAY OF REMEMBERANCE in Central Park accross from the statue of Christopher Columbus near Columbus Circle, New York, City.

The event was organized by a group led by New York Taino activist Luis Iukibuel. It was extraordinarily well-attended. 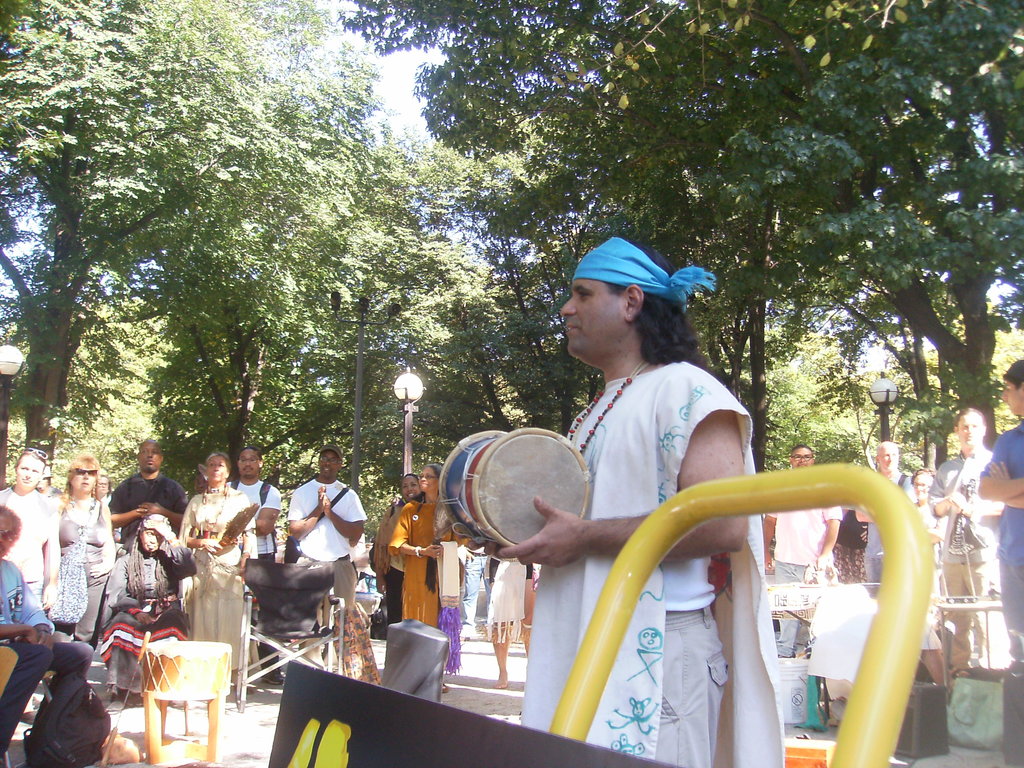 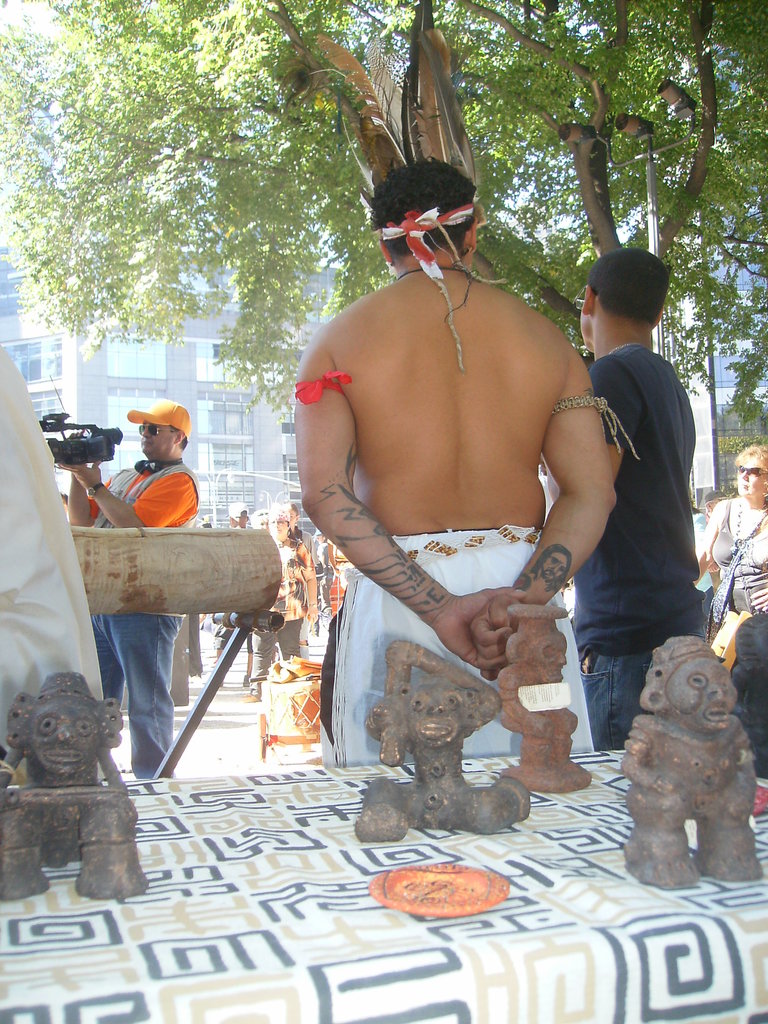 Our brother Iukibuel honored the Caney Circle by giving me the opportunity to open the event with a Caney Indigenous Spiritual Circle ceremony of the Four Directions. 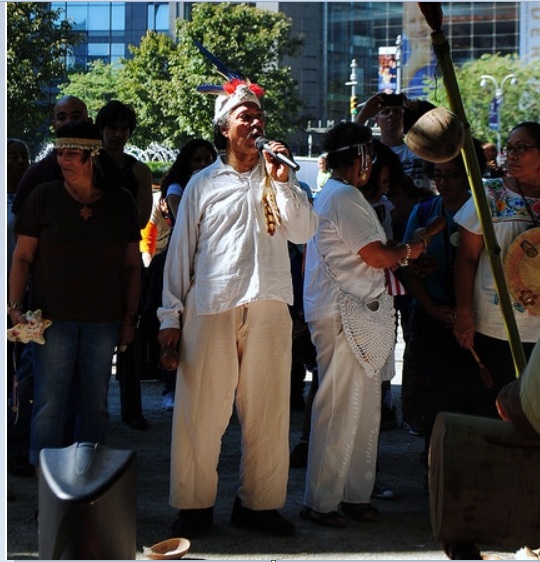 Tainos featured prominently in the event as co-ordinators and presentors, including Kasike Roberto Mukaro Borrero, director of the United Confederation Of Taino People who electrified the crowd with a moving talk that pointed out just how much needs to be done to manifest a full recovery by Indigenous people from the harm brought on to this continent by Columbus' arrival in October of 1492. 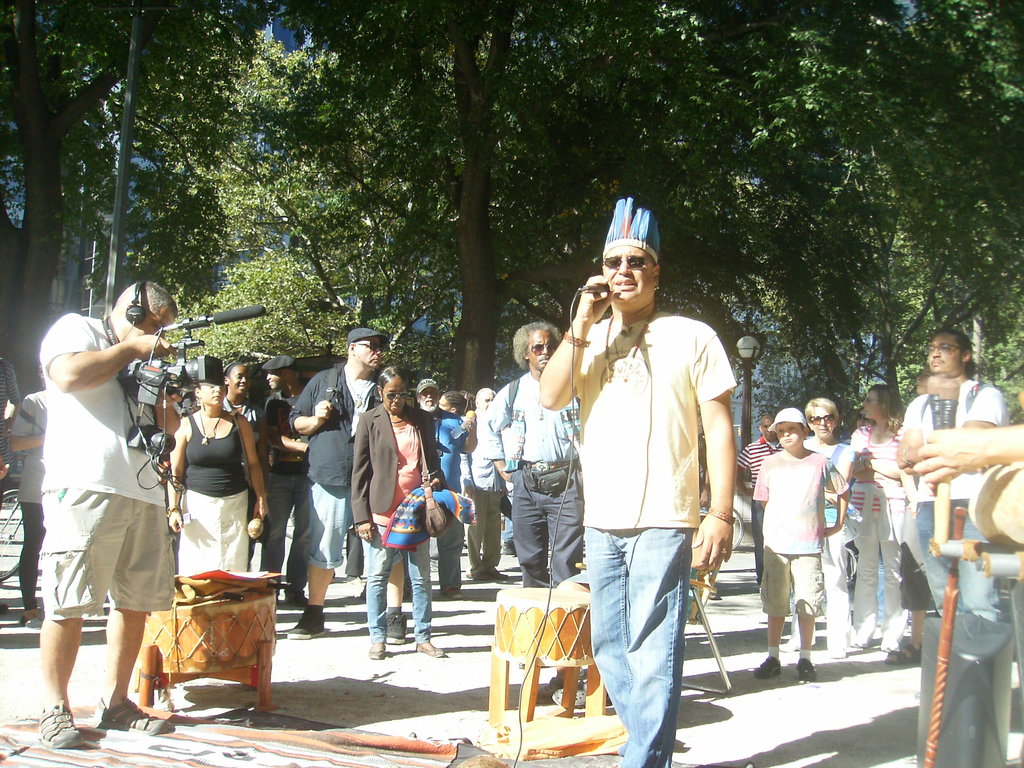 The whole event was documented by our Taino filmaker brother Alex Zacharias as part of his on-going work on the documentary LOST TAINO TRIBE.

There were powerful and moving presentations by world-recognized Indigenous activists such as the Huaorani Warrior Society activist and environmentalist from the Ecuadorian tropical Rainforest of South America, Moi Enomenga who shared with us a few aspects of the ongoing struggle to save his jungle homeland from industrial and corporate rape. I was honored to serve as translator for this courageous warrior. Moi and I took time and exchanged information afterward. There were also impressive performances by Indigenous dancers and musicisians such as a local New York-based Mexica (Aztec) dance group . 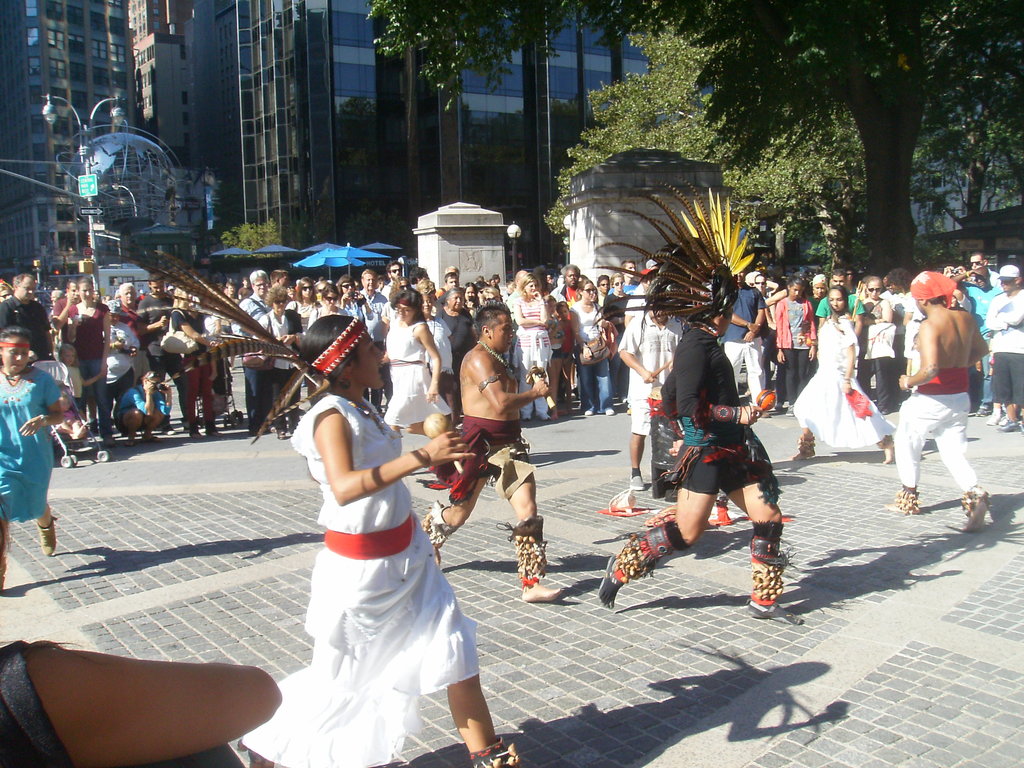 Other performers also made a powerful impression such as the Taino singer Irka Mateo. 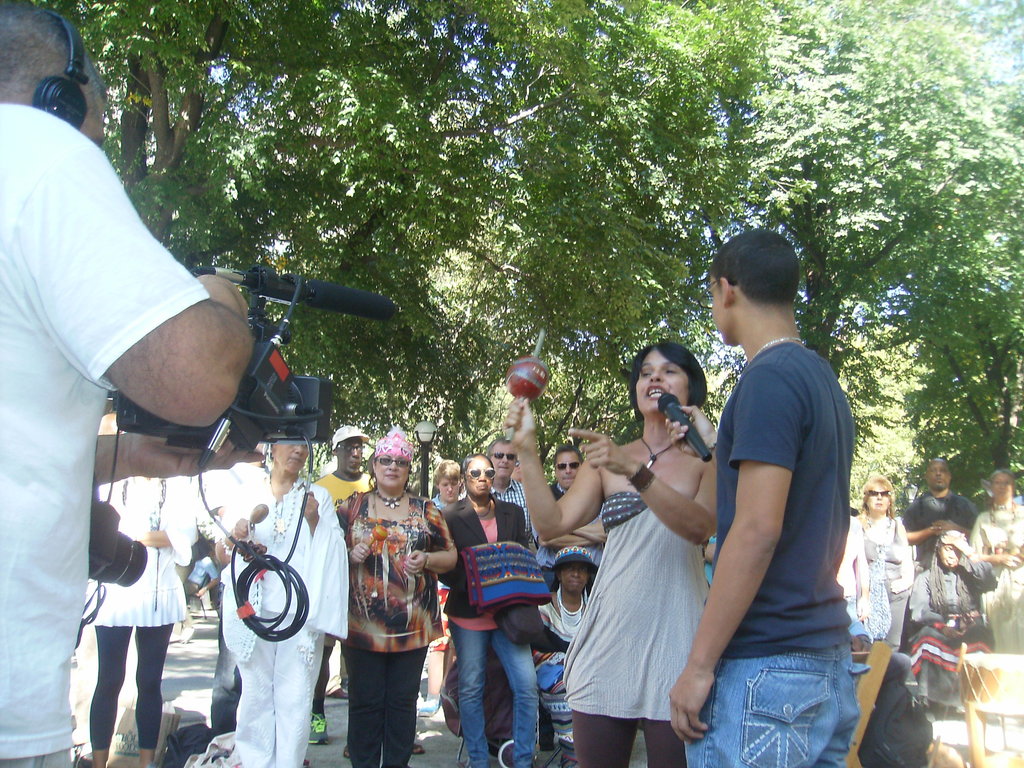 Eventually we were joined by the Indigenous contingent of the Occupy Wall Street movement who walked 5 miles to join us at Columbus Circle and shared their energy with us. I want to express my admiration for our Taino brother Louis Iukibuel and his associates for a wonderful effort. I also want to express infinite gratitude to them and to Yaya Guaturey, the Great Spirit for giving the Caney Indigenous Spiritual Circle an opportunity to participate in this important event.

Forgive me,I wish to say "thank you"as well to the others besides Taino at the gathering/celebration.

What a pleasure to see such a large gathering of our people,all coming together to show their support,and to be inspired to continue learning and growing,as well as to show the world our ancestral heritage.