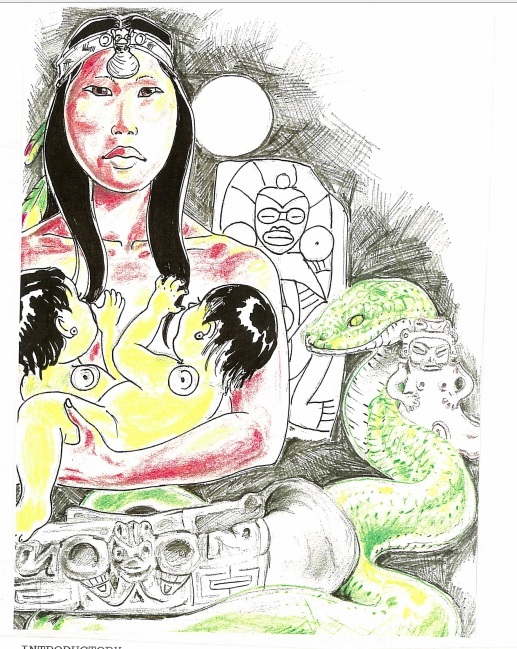 The Makiritare people is an Indigenous group that lives in the ancestral zone of the Orinoco River where part of our own Taino culture originates. In the oral tradition of these people there exists a sacred creation narrative called "WATUNNA". In a certain episode of that narrative the Makiritares mention a mystical egg called Huehanna. This egg contains  the unborn souls of all the human beings who are waiting to come into the world at the point of Creation. Primordial humans are, in part, the seminal product of the sacred thought of the male divine spirit  Wanadi, but it is impossible for these ancestral humans to be born without the collaboration of a feminine force and a divine uterus where they can be engendered. This means that humanity can not exists unless it is born via a maternal process.

In the WATUNNA narration, a female divinity called Frimenne, who is the manifestation of the feminine energy of the Universe volunteers to take on the sacred responsibility of gestating ancestral humanity and therefore she holds the Huahanna egg in her own womb until that object finds itself ready to hatch and allow the great exodus of the first people out into the newly-formed world. When that moment arrives the sacred woman Frimenne turns into a great anaconda snake from whose ventral opening is born all humanity. 1 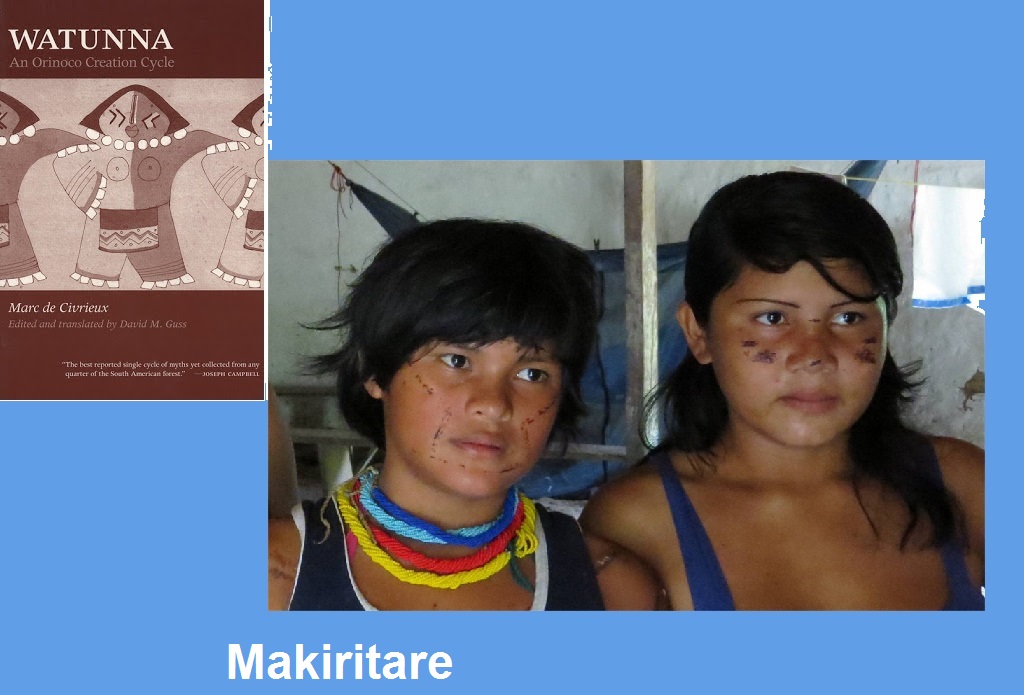 It is important to study carefully  how the events of this narration are expressed because in a certain portion of this episode the story mentions the vaginal opening of Frimenne and this opening is referred to as a "cave" 2. When the Makiritare Native calls this anatomical structure of a woman a "cave" it is obvious that there exists an unmistakable connection in the Makiritare mind between caves and the body aperture that the Natives understand as the physical origin of a human being.

These concepts are very important in the effort of understanding the Taino sacred creation narrative, because in our Taino tradition there are also numerous mentions of "caves". Although the writings of the chronicler Ramon Pane do mention a male "God" in Taino belief system it is obvious that the good friar at that point is writing from his own Christian point of view and that he really does not fully understand the spiritual wisdom of those whom he is describing. It is obvious that at no point do any of the Tainos that he is using as interpreters actually speak to Pane about a male "creator" and even in the episode in which the male deity, Yocahu, is mentioned, at no point does the writer mention that this entity is the creator of the Universe. The reason that Pane never says that Yocahu created the universe is because the ancient Tainos never said that, and they did not believe in such a thing either.

But Pane does mention caves. And in his mentioning of those "caves" it is clear that he is referring to the creation process. This Catalan friar is a Christian and he definitely does believe in a biblical male creator who produces the Universe from nothing through the mere power of his word. But Pane presents in his writings about the Tainos, unmistakable evidence of a female creation that is very different from the biblical creation that he is familiar with. In the episode of the cave Iguanaboina 3, Pane relates the story of the creation of the sun and the moon. The two heavenly bodies rise out from the sacred cave like babies emerging from a cosmic vagina. In the episode concerning the creation of humanity Pane writes that the first Tainos emerge from a cave called "Casibajagua" 4. At no point does the scribe ever mention that Yocahu creates human beings. Yocahu creates nothing! 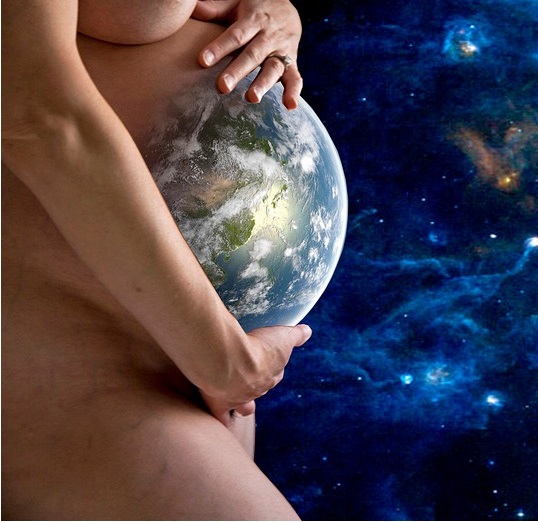 There is no doubt that ancient Taino understanding in 1492 still retained the wisdom that it had inherited, over thousands of years, from the Orinoco ancestors who, like the Makiritare, understood that the word "cave" refers to the vaginal aperture of a female creator spirit,  a female creator spirit who in the Taino language is called Atabey.

There are many now who refer to Atabey as a terrestrial water deity, and that is accurate to a certain degree.  But  the divine mother of the ancient Tainos is much more than just a water being. If it is true that she represents the female energy of the whole Universe then she must also represent the earth itself (not just the waters of the earth), because the caves that represent the opening of Atabey's womb are a manifestation of holes on the solid surface of the planet. It is important also to remember that the word "Iguanaboina", which is the name of the cave from which emerge the sun and the moon in the sacred narration of the Tainos, is a word that means "brown serpent". Lets remember that in the Makiritare people's sacred narration of WATUNNA the cosmic mother turns into a snake, and from the womb  of that female serpent emerges all humanity. As early as the 1960's the Boricua archeologist, Fernandez Mendez explained that the maternal female spirit of the Universe whom he identifies with the name "Guabancex" (one of her many identifiers) is a being that manifests in the form of a snake 5. In the presence of this much proof and so much solid evidence in regard to the female nature of the creation process in Taino tradition, it is illogical to hear so many modern-day Tainos who nowadays refer to a "Creator" with an obvious male meaning attached to the word. And they also use the word "God" when referring to Yaya, the supreme being of the Taino tradition, as if Yaya were some Chrsitian-style "God the Father". Many also insist on identifying Yaya with Yocahu (who is a male spirit) as if they were one and the same person.  This is ridiculous. At no point in the writings of Pane or Las Casas or Anghiera can you find any direct relationship between Yocahu and Yaya. These are two distinct and different identities who should not be confused one with the other.

Fortunately, the brilliant Boricua writer Robiou Lamarche clears up the situation in his book ENCUENTRO CON LA MITOLOGIA TAINA. In his book Robiou Lamarche explains with surprising clarity and lucidity, the REAL relationship between Atabey, Yocahu and Yaya. Robiou Lamarche clarifies that Atabey is the female element of the whole Universe (representing the lower levels of existence such as the earth and the underworld), and Yocahu is the male element of the whole Universe (representing the upper levels of existence such as the sky). The balanced union of those two is what produces the male/female phenomenon called "Yaya". This is the plain truth of our ancestors. Yaya is an hermaphroditic being (this word is used by Robiou Lamarche himself), that contains qualities of both sexes. We should not refer to Yaya using the male pronoun "he" since Yaya is not exclusively male, Yaya is not "he". Yaya is male and female at the same time, "he" and "she" 6. 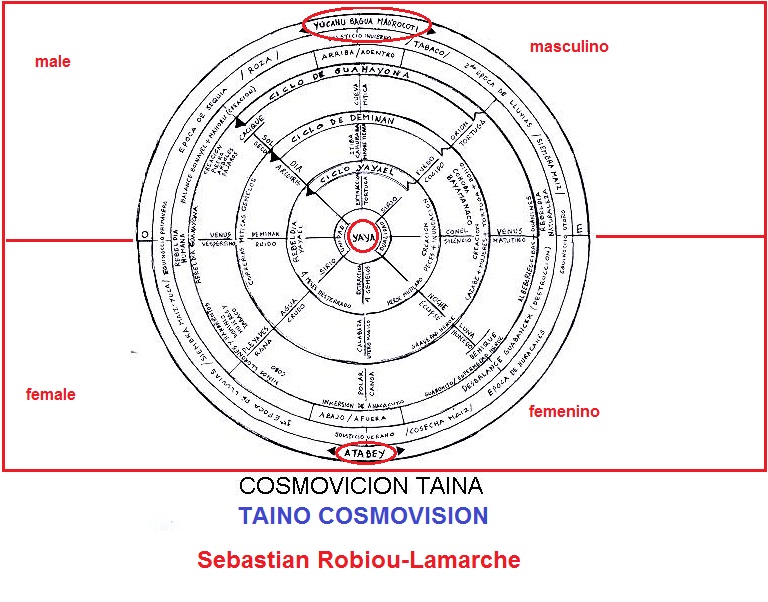 The insistence of many Tainos of this era of referring to Yocahu as a "creator" and confusing Yocahu (the male spirit) with Yaya, who is, in fact, a bisexual spirit, is due to the phenomenon of the colonized mind, which persists in continuing old habits and beliefs imposed on our people by Christians.  Even many who are supposedly "defending" our culture from Christian influence do not realize that much of what they themselves accept, including the stuff about a "God the Father" and a "creator God" as if it were Taino doctrine, in reality, is the Catholic doctrine of Rome. Our ancestors never  believed in a creator "God The Father". This was a foreign doctrine that evolved in the Middle East in Israel and Palestine. It is what inspired Christian tradition and has absolutely nothing to do with us.

There are many Christian Taino brothers and sisters among us who persist in cultivating Christian tradition in their homes and with their families. They have every right to do that because that is the religion that they have chosen. In these cases it makes perfect sense to utilize Christian phrases such as "God the creator". I respect that decision on the part of these Christian brothers and sisters because they are operating within a Christian environment. But when we are talking about those who supposedly adopt the ancient Taino culture which was torn from us 5 centuries ago, things are different. If we are supposedly honoring the authentic culture of our ancestors, we truly ought to divest ourselves  of foreign habits that, although they seem comfortable and familiar, THEY ARE NOT OURS! Let's start by discontinuing the familiar term "The Creator" which implies a male meaning. There is no male creator in Taino tradition. The ancient Taino never believed in a "creator" like that one. Enough already of this Euro-centric concept. That is what defending our culture really is! 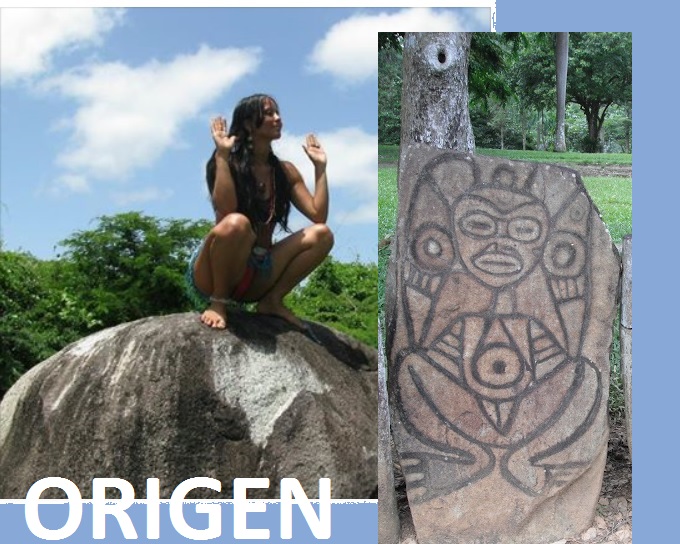 Creation is a female process, with the assistance of the male forces of the Universe. In the Indigenous mind of the Tainos it is Atabey's womb, and not Yocahu's hand from whence the Cosmos originates. Let's accept that fact and let's truly honor our ancestors.

Hahom Kasike...actually this same point was raised by Casike Guatu Iri to me in a private conversation. I realize that this genderless definition of the word "creator" is accurate. You are totally correct.  But it is hard for the western mind to disassociated this term that has refferred to a male divinity for so long from a male God and so I feel it is important to clarify that this creation business is indeed just as much ( if not more) a female thing as it is a male thing in the mind of our ancestors.

Taigüei kena hahom for sharing. I think we can also add that if the correct definition of "Creator" is employed, it is a genderless term. For example, I use this term -  Creator - in prayers with my children and they understand this. Seneko kakona.