On Monday May 16 and Tuesday May 17 we here in the Three Rivers area of Southwestern Pennsylvania were visited by Maya teacher Ac Tah of Yucatan, Mexico.   Ac Taj came to the Pittsburgh area as part of his year 2011 walking mission to spread the hopeful messages of the 2012 prophecies. He also came to fulfill one of the great prophecies given to him personally by his grandfather that he would someday come face to face with one of the sacred animals of the 2012 oracle, the white buffalo of the Lakota tradition. That was one of the most important events of his Monday encounter. Ac Tah travelled to Nemacolin Woodlands just southeast of Pittsburgh in the company of Guatemalan Maya teacher Antonio Aj Ik, Taino spiritual elder, Miguel Sague, local organizer Vikki Hanchin and a group of Pittsburgh residents who have become commited to the sacred connections between the sacred waters of our three rivers and the waters of the Central American tributaries of the the Maya river called the Usumacinta.

In Nemacolin he was given the opportunity to exchange blessings with the holy animal that was born in that region just a few years ago. Miguel Sague explained the ancient White Buffalo woman legend to him and he shared with us his grandfather's prophecy. Guatemalan Maya teacher Antonio Aj Ik began the blessing ceremony by offering prayers in the K'iche Maya language as his words rose in the smoke of Central American copal incence. Then Ac Tah also offered blessing and invocation in his own Yucated Maya language. 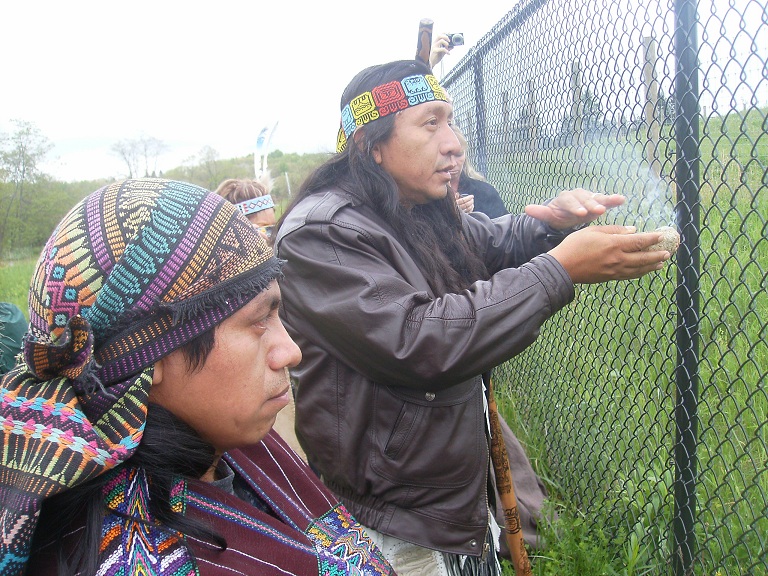 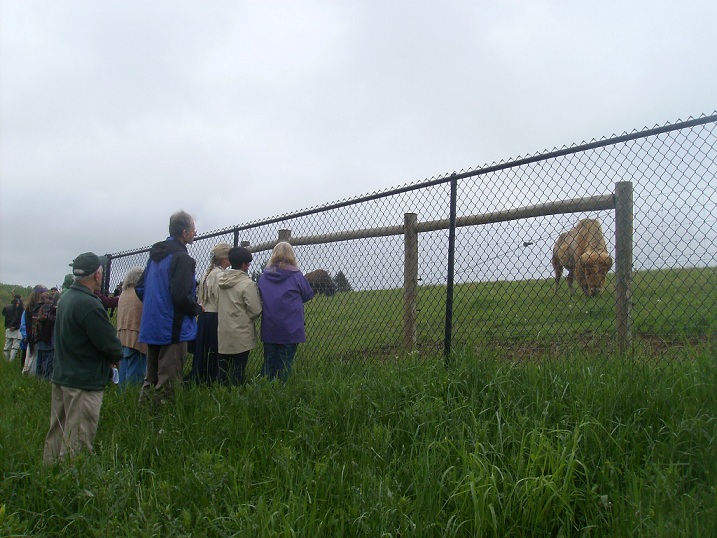 After the invocation in front of the buffalo the small group gathered at a scred circle near the enclosure and prayed for the human race and the future of our planet. 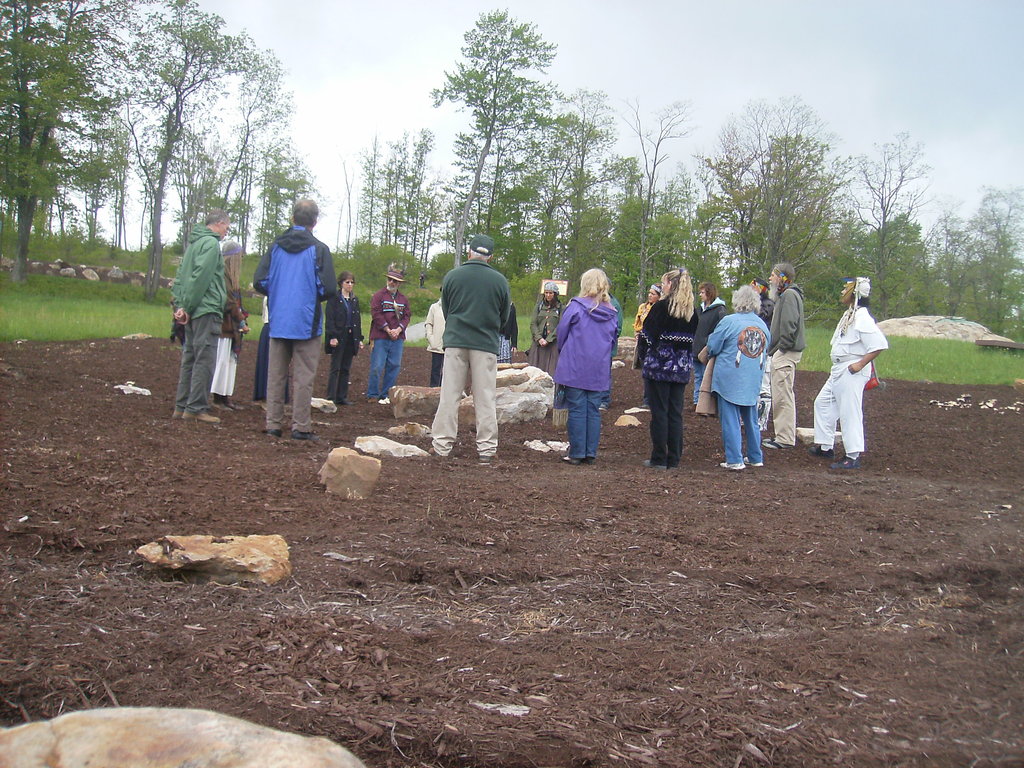 On Monday evening Ac Tah made a presentation at the First United Methodist Churgh in Pittsburgh where he introduced a large group in attendance to some of the great mysteries of the Maya prophetic message.

On the following day Ac Tah joined Taino spiritual elder Miguel Sague back at the First United Methodist Church in Pittsburgh for a joint presentation of the ancient Maya calendar message . Afterwards he introduced the group to the power of his grandfather's Laberynth Walk. A laberynth was built on the floor of one of the church halls and the Yucatecan Maya teacher led the group in the powerful adventure. 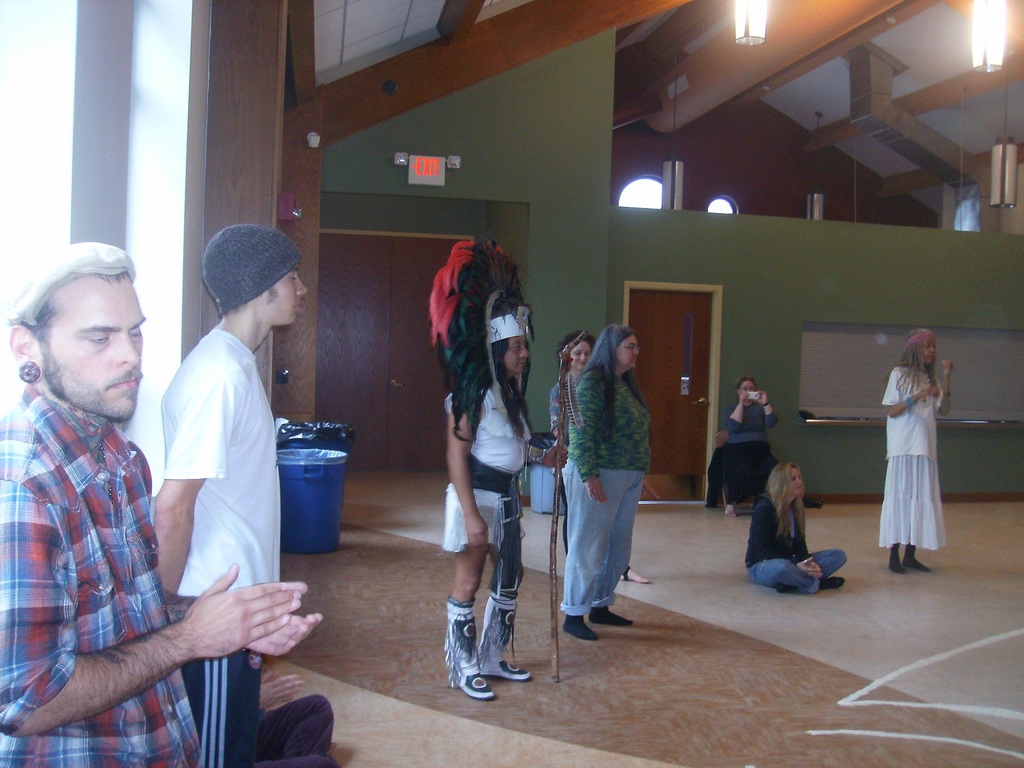 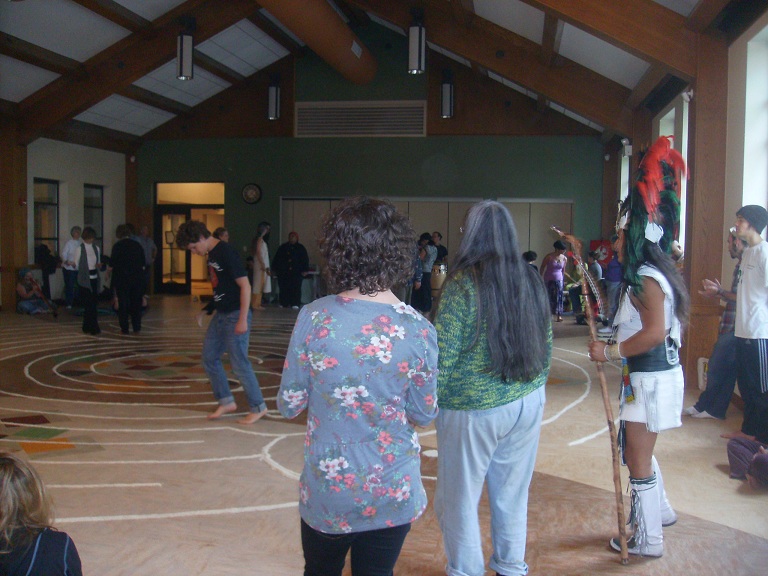 Our joint experience was culminated by a journey down to the area of the confluence of our three local rivers on the north shore near the Point, where Miguel explained the spiritual connection between the river waters that flow through our western Pennsylvania region en route down the Mississippi and eventually to the Gulf of Mexico and the river waters that flow through the heart of the Maya sacred regions in Guatemala and Mexico and eventually also end up in the same Gulf of Mexico mingling there together. This sacred connection between Western Pennsylvania and the Maya sacred land of prophecy was established as a fact  by Guatemalan Maya elder Don Alejandro in 2006, and now the teacher Ac Taj again confirmed that connection with a beautiful blessing of the waters as a group of local participants watched and prayed also. That connection is maintained on an on-going basis by the work here of Guatemalan Maya teacher Antonio Aj Ik and Taino elder Miguel Sague

We thank Vikki Hanchin for spearheading and organizing this great encounter of prophecy and ancient tradition. 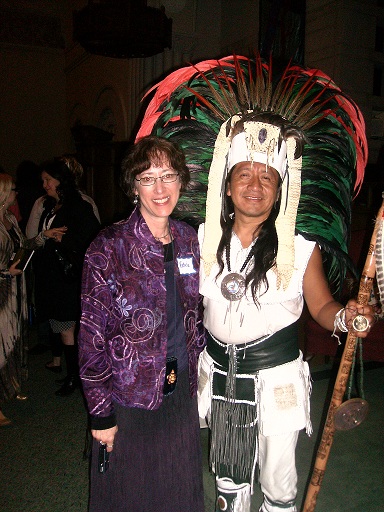