Taino Language, Bringing It Back To Life 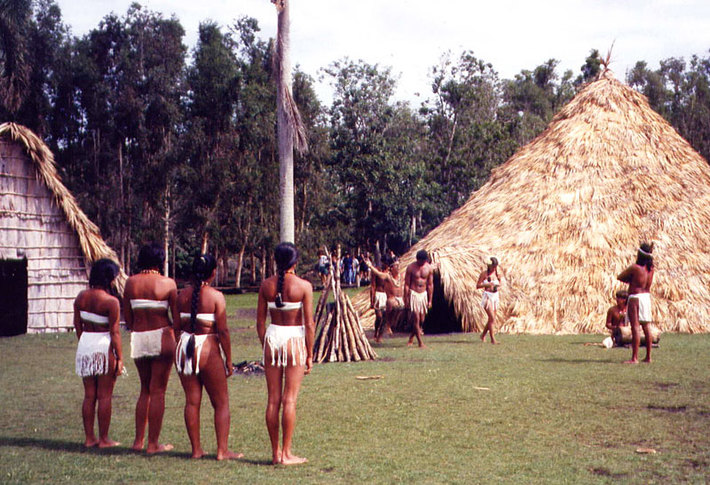 In the 1980's the United States anthropologist Dennis Tedlock completed an important piece of literary work whose creation illustrates some very important facts about real language. Tedlock's task was to take a text written in the fifteenth century version of the Quiche Maya language and translate it to English. 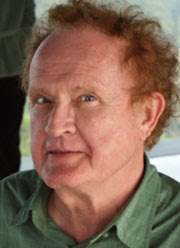 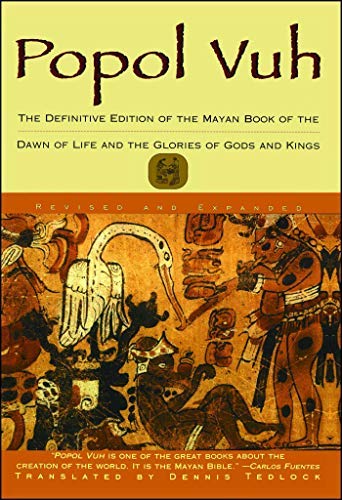 The work he was translating is now known as the Popol Vuh, the creation narration of the ancient Maya.

There were certain factors that made this task a little easier than it may seem. First of all, the text had already been very skillfully translated to Spanish by a colonial era Spanish priest. This means that anybody who understood Spanish already could figure out the story. The other advantage that Tedlock had was that he had spent many years in the Indigenous Guatemalan highlands. He had been initiated into the Quiche Maya spiritual tradition and he spoke fluent modern-day Quiche Maya. Beside that, Tedlock was well versed in the research that had been taking place in the field of archeology and the related field of deciphering ancient Maya script during the 1960's, 1970's and 1980's. Extraordinary progress was being made during that period by researchers who analyzed ancient Maya hieroglyphic script carved into thousand-year-old ruins by comparing those archaic words with words still spoken in modern times by Maya people living in Mexico, Guatemala and other parts of Central America. 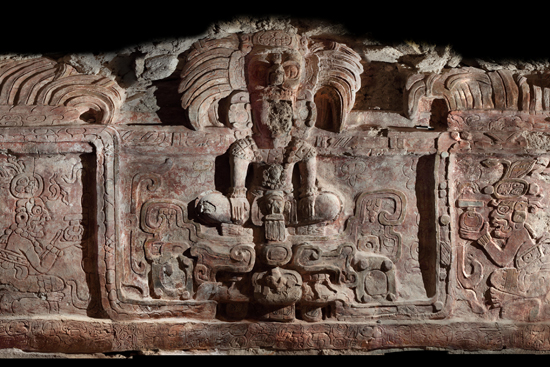 Tedlock, along with all those other researchers understood the facts of how languages work and one of those facts is that languages evolve and change all the time. Language does not remain static in one form. It changes so dramatically that speakers of a certain language in one era will not understand that same language the way it was spoken by their distant ancestors hundreds of years earlier. Furthermore, their great great great grandchildren will not understand their pronunciation of that same language.

During the course of his work Tedlock often compared notes with his Indigenous friends in the Quiche Maya community reading from the pages of the old book to men and women who had never heard of that old forgotten story. As he read to them it was obvious that they were having trouble understanding the four-hundred-year-old words of their own language so that Tedlock could gauge how words had changed over those four centuries and how grammar also had been transformed. Languages change! That is one of the most important rules of the spoken word.

If there is one thing that languages do is EVOLVE. It is not wise to assume that if a person is speaking a language in this current era and that language does not sound the way it sounded five hundred years ago, it is no longer legitimate or authentic. In fact it is much more ridiculous to insist that for people today to speak an Indigenous  language correctly it must sound like and obey all the grammatical rules of its forbears.

I believe that this is an important fact to understand as we modern-day Tainos grapple with the gargantuan task of reviving the Taino language. I am impressed with all the various efforts currently being carried out by the separate individual schools of thought in the modern-day Taino resurgence movement. I find it amazing to see the heroic progress that has been made in this task and I am in awe of the hard work that has been invested by the various researchers and linguists of our era. 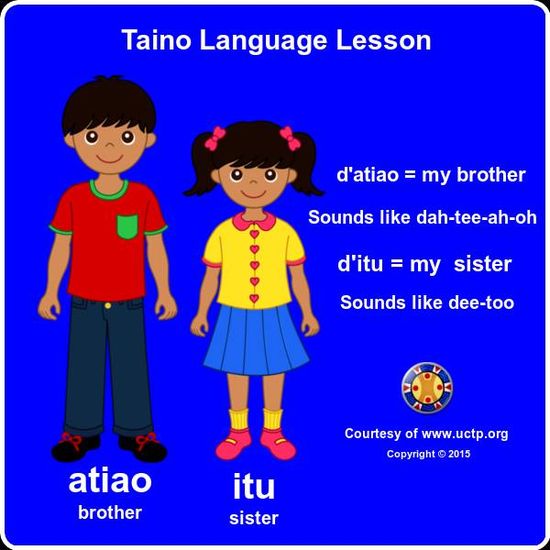 What I am not in agreement with is the attitude assumed by some people that their work is more legitimate than anybody else's. This attitude goes totally against the reality of living languages. I am afraid that for the most part there seems to be a sense among current era Taino language researchers that the only "correct" modern expression of the Taino language must be as close as possible to that spoken in 1492. To that end there seems to be a furious controversy raging in the current Taino Resurgence Movement about whose language recovery effort is closest to the version spoken at the time of Columbus. That is obviously ridiculous! As the work of Tedlock proves, if the Tainos had been allowed to continue speaking our language all these years we would not easily understand the version spoken by our ancestors five hundred years ago. Furthermore, in another five hundred years the language would have changed so dramatically as to sound like a totally different language. 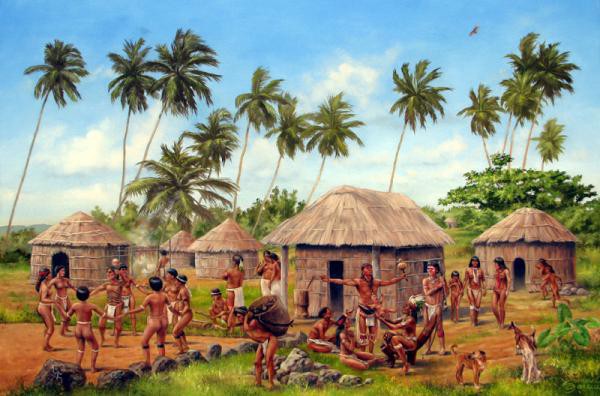 These are facts that are understood by professional linguists but which seem to be lost on many of our current era Taino language recovery researchers. As much as I love and admire these brothers and sisters, I am discouraged with the useless bickering over whose version of the Taino language is more "authentic" based on how close they can prove it to be to what was being spoken in 1492.

Unfortunately this practice has given rise to yet another layer of antagonism caused by the disagreement over which language is more appropriate to borrow words from. Some modern-day Taino researchers argue that, Lokono, a language spoken by Arawakan people in the nation of Guyana, is the most appropriate. Others believe that Kalinago, another Arawakan language spoken on the island of Dominica is better. While others insist that we should borrow words and grammar from Warao or Wapishana, both of which are also Arawakan languages.

My opinion is WHO CARES!!!??? These sister languages are all Arawakan. They are all legitimate languages from which we can borrow words and grammar that was lost and will never be recovered from traditional Taino. Will this new revamped Taino language sound different or have a different set of grammatical rules from that of our 15th century Taino ancestors? Of course it will! But does that really matter that much? Modern Taino language would not sound like 15th century Taino language anyway even if Columbus never arrived on our Caribbean shores. It would sound differently, and even the grammar would have changed. That is what happens to all languages. The language that was being spoken by Indigenous people on the island of Boriken (Puerto Rico) when Columbus arrived there in November of 1492 was not the same language that had been spoken by their Saladoid ancestors 1,000 years earlier. And that Saladoid language was different from the language spoken by the first Arawakan immigrants that first trickled into the island from South America in their canoes. Not only did the language change and evolve over the centuries but the whole culture did also. Language is part of culture and culture also evolves and changes over the centuries, pottery styles transformed dramatically. Burial practices transformed as well. A Saladoid ancestors would have felt as if he or she had been transported to an alien land if he or she had the opportunity to see the way that the descendants had evolved by the year 1492. It was a whole new way of doing things, based roughly on what had existed before, but definitely different. 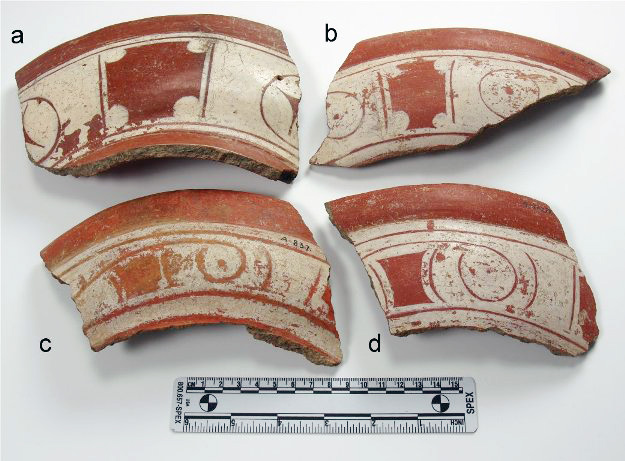 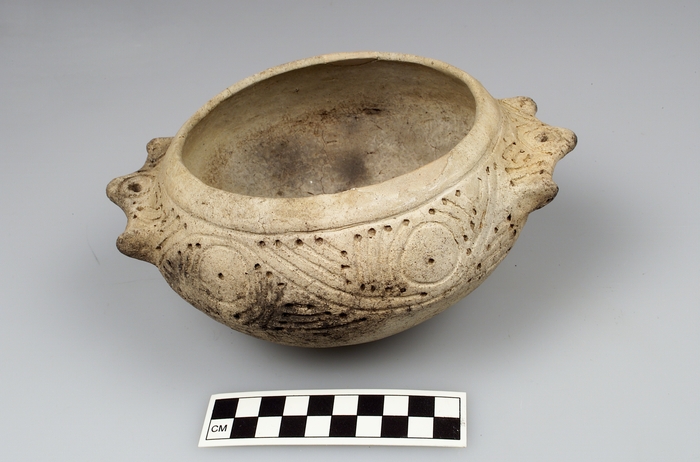 We are not museum pieces. We don't have to look and dress exactly like our 15th century ancestors to be "legitimate". No modern-day Indigenous tribe anywhere on the American continents still dresses, speaks or expresses their spirituality exactly the way their distant ancestors did. Culture can survive without becoming frozen in place. Culture, including language, evolves and changes naturally. That is how real people exist. We can certainly don our regalia for ceremonial occasions just like North American Indigenous people do at a Pow Wow in Oklahoma, just like the Kalinago do on their reservation in Dominica. but that does not mean that when they are wearing that regalia they are more "authentic" than the brother or sister beside them wearing jeans and tee shirt. As long as they are all participating in the current version of the tradition, we are all real Tainos.

I would like to close this discussion with an example of the point that I am trying to make. The English language, which I am using to write this statement, is actually derived from two ancient related Germanic languages called Angle and Saxon. The Angles and the Saxons were two tribes of people who originated in what is now the nation of Germany. Their language was closely related to modern German. At the end of the Roman Empire these two people began to migrate into the island that we now know as Britain. The Angles contributed the name of their tribe to the name of the new nation that emerged from that migration and so Angle-Land evolved into England. The language that those early Germanic immigrants spoke has been called "Anglo-Saxon", but by the time that these people had become firmly settled on the British island their language had evolved into something that modern linguists call "Old English". 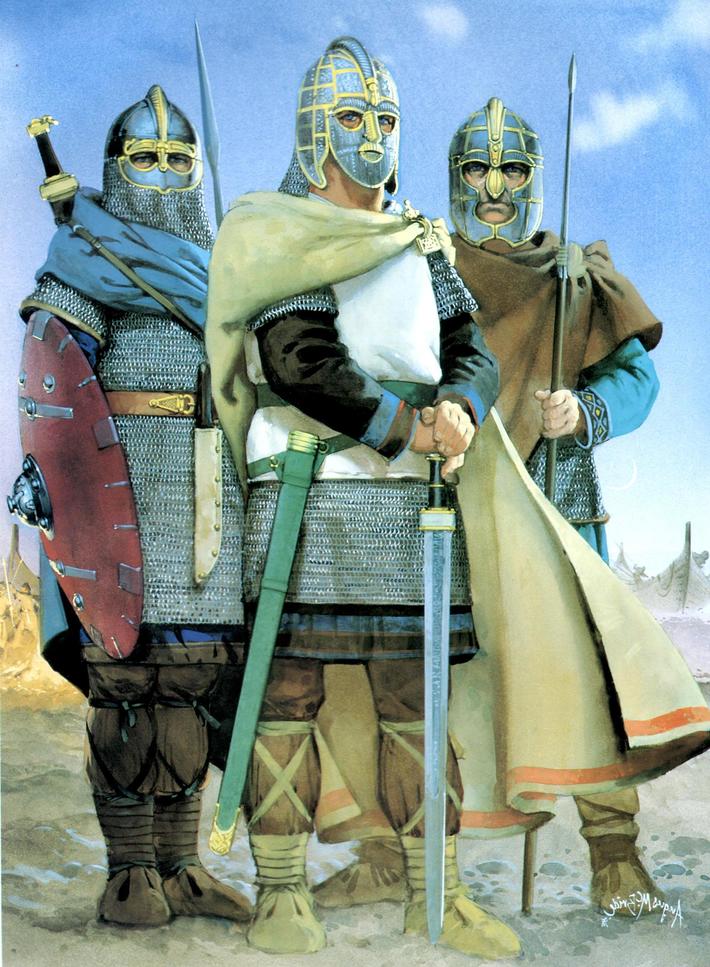 Old English does not sound anything like the language that we now speak either in England or the United States. Old English is truly a foreign language no matter how much the professional linguists insist that it is the great-granddaddy of modern English. When I hear Old English I struggle with words in that language that actually have some relationship with words in modern English such as heofon (heaven) or cyning (king), let alone words that no longer exist in the modern English such as "feoh" (cattle). And don't even get me started on the highly Germanized grammar of Old English in which nouns had three different tenses: male, female, and neutral! That no longer exists in the modern English language. Things such as tables and walls are not male and female like they used to be in Old English.

I want to leave you with this fascinating exercise in Old English so you yourself can understand the folly of our bickering over whether a 15th century Taino man or woman would approve of the way we modern Tainos express the language that we inherited from them.

Now let me introduce you to the narration of the most famous adventure story first written in Old English, the Anglo-Saxon saga of the medieval warrior lord known as Beowolf. This is what the story sounded like when the bards of the Dark Ages in Europe told it to their kings and nobles, and remember...THIS IS ENGLISH!!!