A 1919 book titled “A Shadow Passes” contained a collection of vignettes depicting scenes in nature. 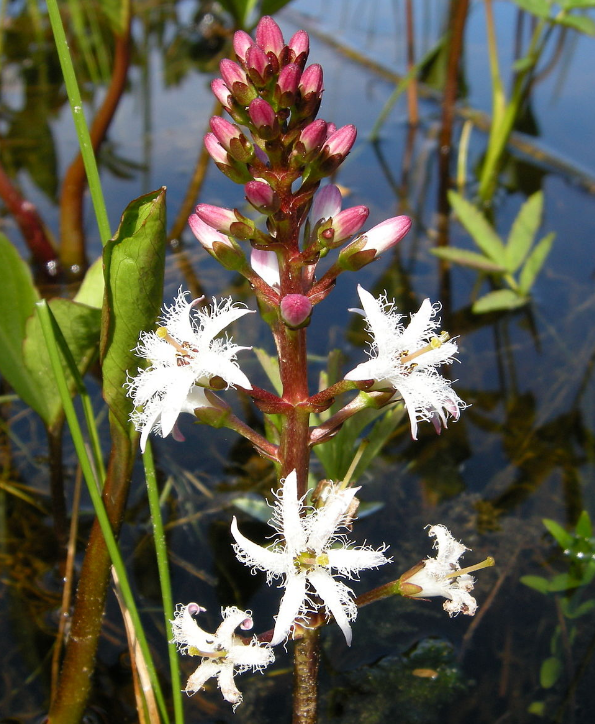 English author and playwright named Eden Phillpotts noted how a magnifying lens could heighten visual acuity (such that the perceived beauty of some plants would be enhanced). The passage included a saying about the plant species Menyanthes trifoliate (commonly known as buckbean): 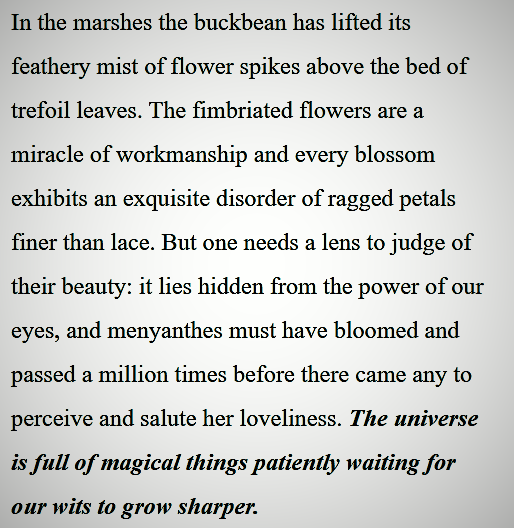 The phrase “wits to grow sharper” referred to the development of sufficient knowledge by humanity to increase lucid discernment via use of a magnifying lens to reveal much more than the splendor of the buckbean.

Phillpotts (riffing off Da Vinci's “Nature is full of infinite causes that have never occurred in experience”) was purporting how there are so many other “magical things” that will be revealed in the future as our knowledge, perceptual awareness and even our conscious capabilities grow. 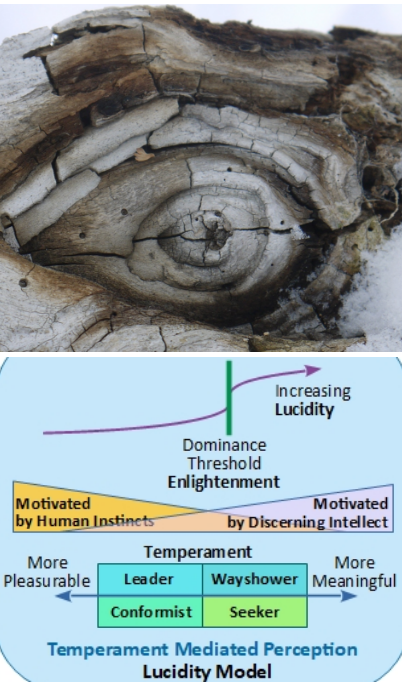 In my recent talk at the Mythologum22 I described the wondrous and mystical manifestations nature has to offer.  Of particular interest and fascination are natural patterns and shapes affording intrigue and providing the imaginal taproot for mythmaking and poetics.  In delving into the fascinations of sensoria and the patterning of beings in a patterned universe (via the lens of the “mytho-poetics of ancient wisdom”), more of the empirical presence of nature’s manifest rhythms can become apparent. 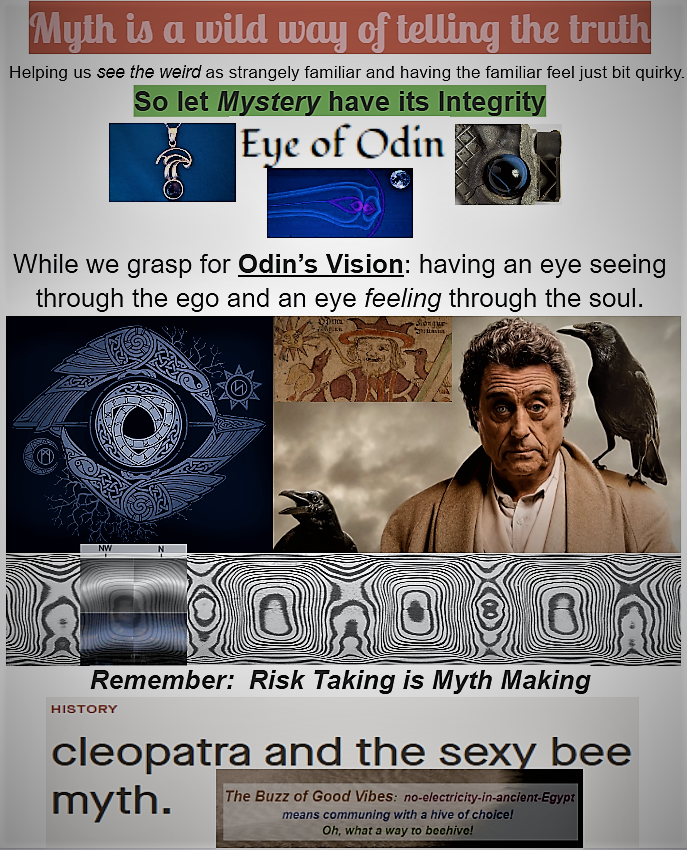 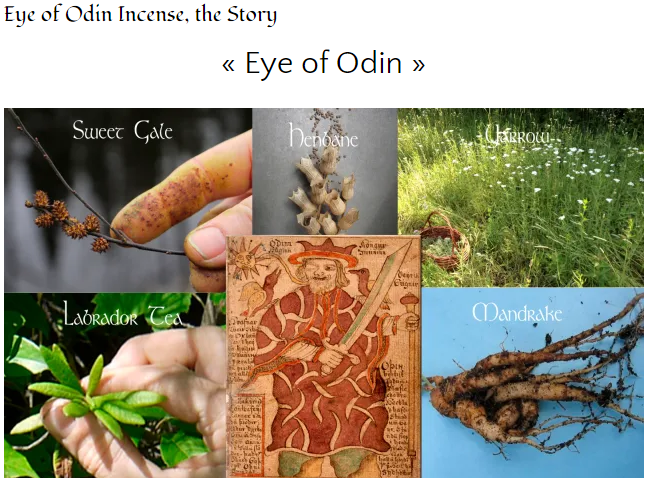 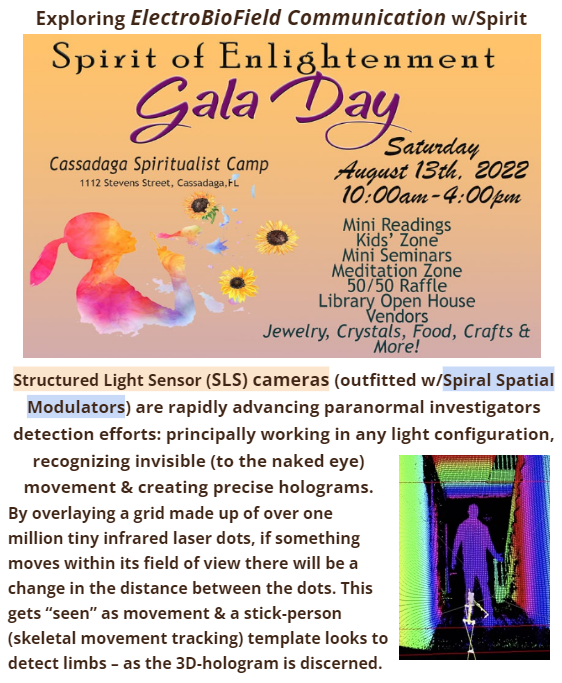 As an exemplar:  Odin’s shamanic spirit journeys are well documented. The Ynglinga Saga records how he travels to distant lands on errands of his own & those of others while he appears to be asleep or dead.

Odin’s steed is Sleipnir, an eight-legged horse with divinational qualities typical of northern shamanism. The ravens* Higin (from the Old Norse « thought ») and Munin (« memory or mind ») are also Odin’s intellectual and spiritual capabilities journeying manifesting in the form of biofield perceivers. 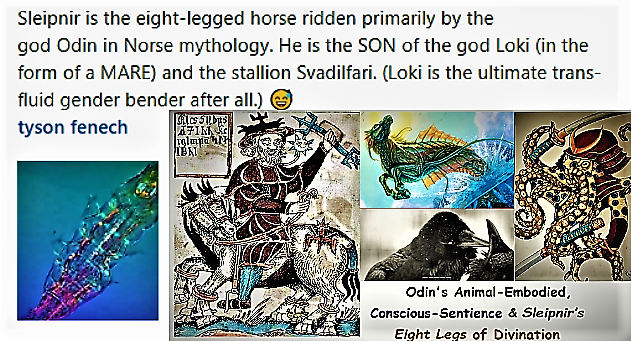 *"I fear for Hugin, that he come not back,
yet more anxious am I for Munin." ~ Odin

Begging us to ponder:  what's worse?  To lose your direction in the pursuit of a path or your desire to pursue a path at all.