Honoring a Departed loved one in New Jersey May 19 2013 It was a solemn honor for me to travel to New Jersey on Sunday May 19 so that I could officiate a sacred CROSSING-OVER ceremony for the hupia (soul) of Don Ramon, the father of my Taino spiritual brother Tomas Baibramael.

My friendly relations with this brother and his wife date all the way back to 2006 when we were photographed together at an event in New York City.

At that time I was made aware of his love for his father Don Ramon who played a very important part in his life.

Tomas has given me permision to share these images and general comments of the visit for the sake of enlightening our Taino brothers and sisters on this important ceremony.

I was warmly and generously received by our brother Tomas and his wife Linda Matunmyaru at their home in New Jersey on Sunday morning May 19 2013. 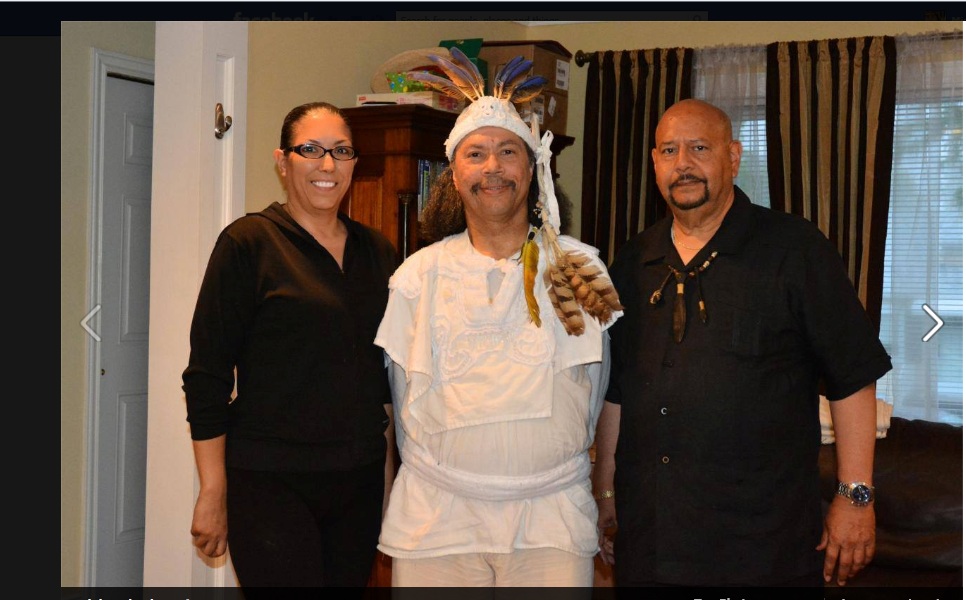 Soon after that Tomas and I went out shopping for the things that would be needed for the ceremony, the four sacred foods: corn, beans, squash and casabe, as well as the wooden board for the construction of the memorial tablet and other items.

When we got back I spent some time decorating the tablet with the traditional Taino linear designs using a Dremmel tool that Tomas and Linda made available to me. 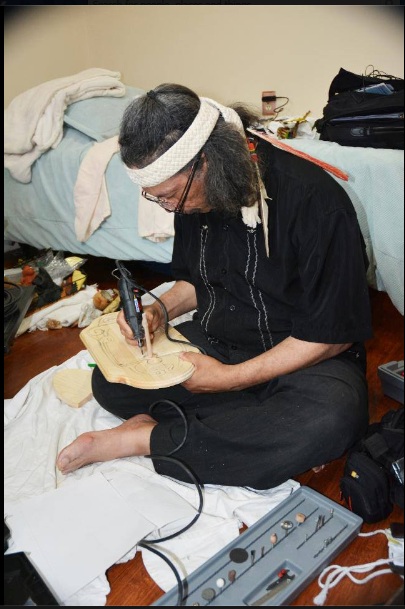 Once the board was completed Tomas was able to make available for the ceremony a gourd hanging on cords and a clay bowl that would serve for the final memorial tablet assemblage.

This assemblage of a hanging gourd above and a clay bowl below harks back to the ancient tradition of our Taino ancestors of creating a final resting place for the  upper portion of a loved one's remains in an earthenware bowl buried under the house, and other portions were suspended in a large gourd via long cords from the rafters of the house . 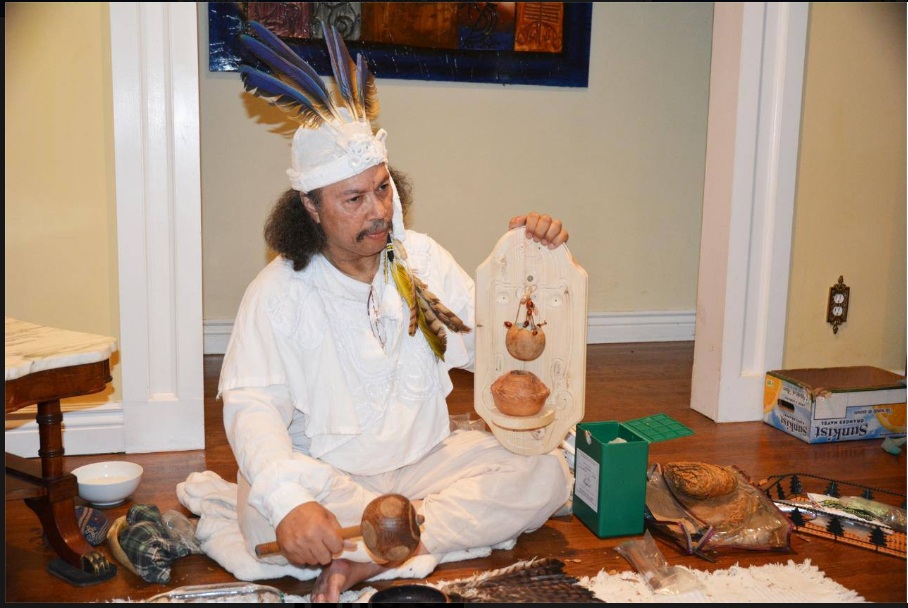 After the creation of the memorial tablet we participated in the Crossing Over ceremony which included the incineration of a small cylindrical container that represented the ancient Taino symbol for Coay Bay.

We normally create a simplified symbolic version of this stone object in corn-husk or soft corn tortilla shell.

This hollow object is then filled with items that represent the spirit of the deceased loved one. In the case of Don Ramon we had actual ashes from his cremation which were placed into the floating cylindrical container. We also sometimes use locks of hair or fingernails for this purpose.

Then the object is burned ceremonially while floating upon a wooden platform or bowl on the surface of a container of water that represents the primordial ocean of ancestral times as well as the underworld waters of AtaBey's womb, Coay Bay, the warm, moist sacred place to which all of us eventually return after our journey through Life.

After the burning ceremony we gathered the ashes of the ritual and incased half of them in the gourd and the other half in the bowl so that they could be part of the final assemblage which I then left for Tomas and Linda to add a photo of Don Ramon, stain with a dark wood stain for enhanced beauty and finally hang on the wall in their home. 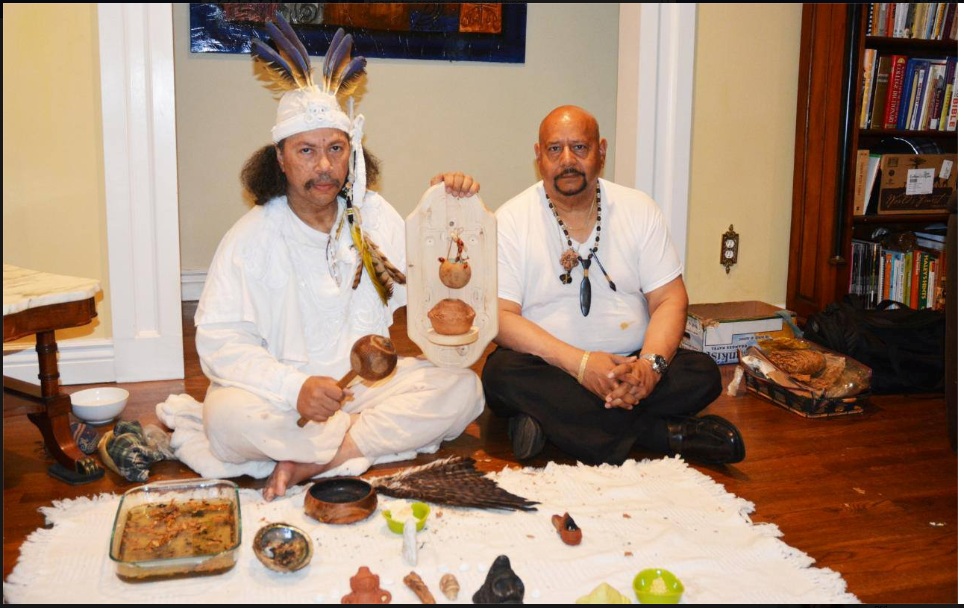 I am grateful to my spiritual brother and sister Tomas and Linda for their wonderful hospitality and enormous generosity during my visit in New Jersey and I pray that my humble contribution to the crossing over effort of Don Ramon may have given them a measure of solace for their loss.

Takaji, I offer my prayers to Thomas and his family. Bo Matum for sharing and teaching this material Bohike.

We offer our love, good thoughts and energy, and humble prayers to our tiao, Tomas Baibramael, and his family during these difficult times of transition.  May YaYa and the Ancestors Bless his father's journey to Koabei as well as Bless, Comfort and Strengthen all those who love him.  Seneko Kakona...

Hahom, Miguel, for offering this beautiful service for our Taino People.  Seneko Kakona, now and always...