As we Tainos continue our efforts at recovering our ancient Arawakan language I wanted to offer an element of language which we in the CANEY INDIGENOUS SPIRITUAL CIRCLE arrived at in the 1980's. The ancient Tainos did not have a written language system. There was an intricate complex of petroglyph symbols that expressed certain sacred concepts but it did not constitute a complete writing system. We in the Caney circle arrived at the conclusion that in this highly literate social environment in which we live now a complete writing system similar to the one employed by the ancient Mayas is necessary so we can communicate our language in text form. We can continue to use the Euro-centric alphabet that was imposed on us by the conquerors or we have the option of devising our own writing. in the decade of the 1980's we arrived at a relatively simple syllabary using images derived from Taino simbology, such as a picture of a male cemi to represent the consonant "B" used in the word "baba" (father), and a picture of a nagua to represent the consonant "N" which is at the beginning of the word "nagua". This syllabary is expressed as a collection of the 15 consonants used in the pronunciation of the Taino language and vowel attachment symbols representing the five vowels we now recognize in our current pronunciation. The system works by combining the various consonant glyphs with vowel symbols to generate consonant-vowel combinations such as the "B" consonant accompanied by the "O" symbol to generate the sound "Bo". The vowel sound is not represented by a separate letter but instead it is represented by the place on the consonant that the vowel symbol (or knob) is attached to. If it is "Ba" the "B" glyph is accompanied by a vowel "knob" attached on top. If it is "Bi" (pronounced "bee") the vowel knob is attached to the bottom of the "B" consonant glyph. If it is "Bo" the vowel knob is attached to the left of the "B" consonant glyph and so on. This is a system that is very similar to the writing system of the ancient Maya and may have been the one our own Taino ancestors would have chosen if they had been given the opportunity to continue evolving as a culture. Here is a sampling of the syllabary. Because the Taino_2 true type font does not support a vowel-knob arrangement for the "oo" sound vowel, you must create these "oo" syllables by typing the desired stand-alone consonant and placing a stand-alone "oo" vowel glyph next to it.

Here is an example of how this problem can be resolved. In this example we show how the vowel "koo"  how the  "koo" vowel can be represented using the stand-alone "k" consonant and the stand-alone "oo" vowel sitting side by side.

print out the chart provided below with all of the images of the glyphs reduced to 60% of original size. Then cut each rectangle containing two glyphs apiece and glue each one carefully on the appropriate key of the keyboard. 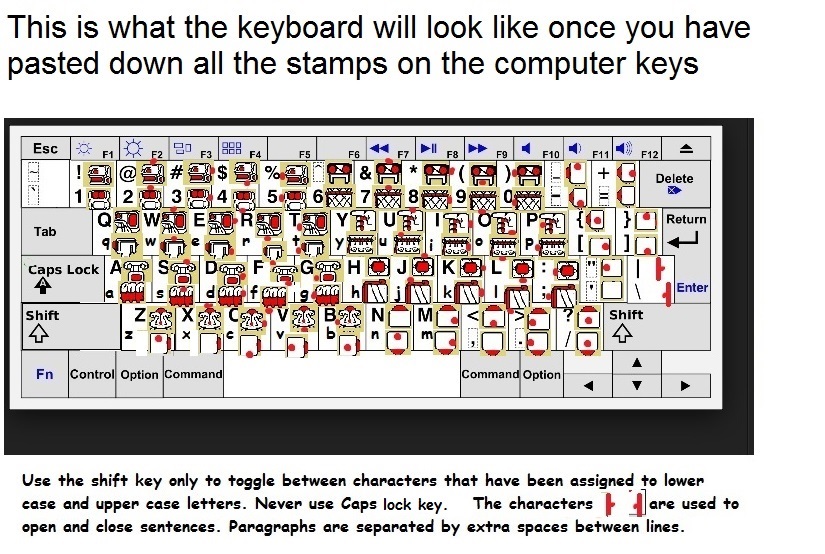 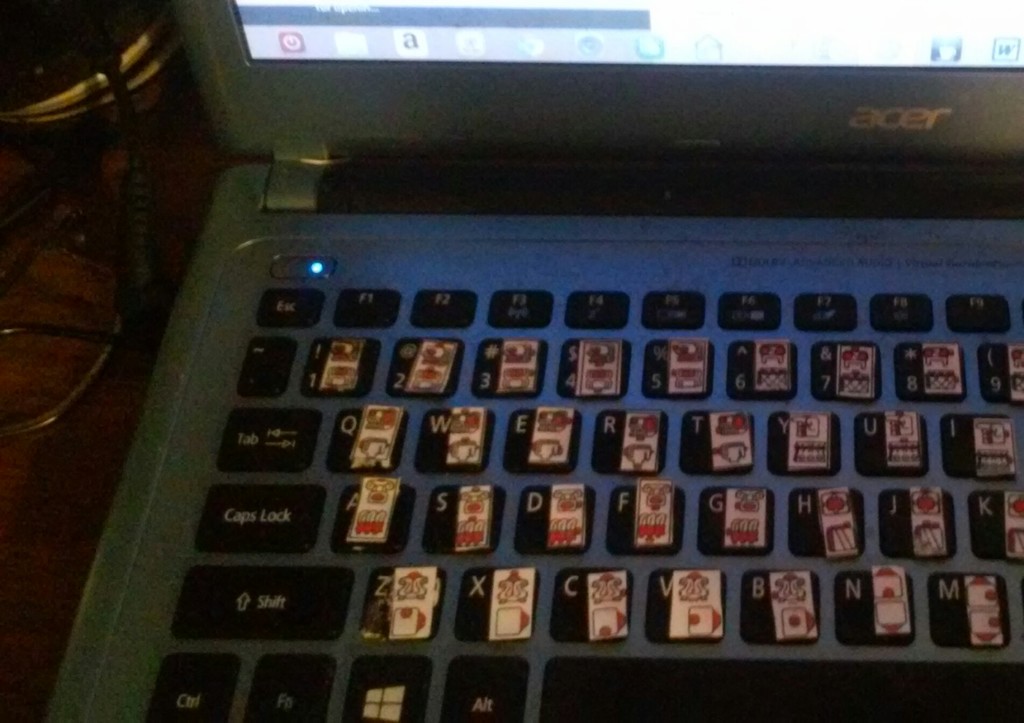