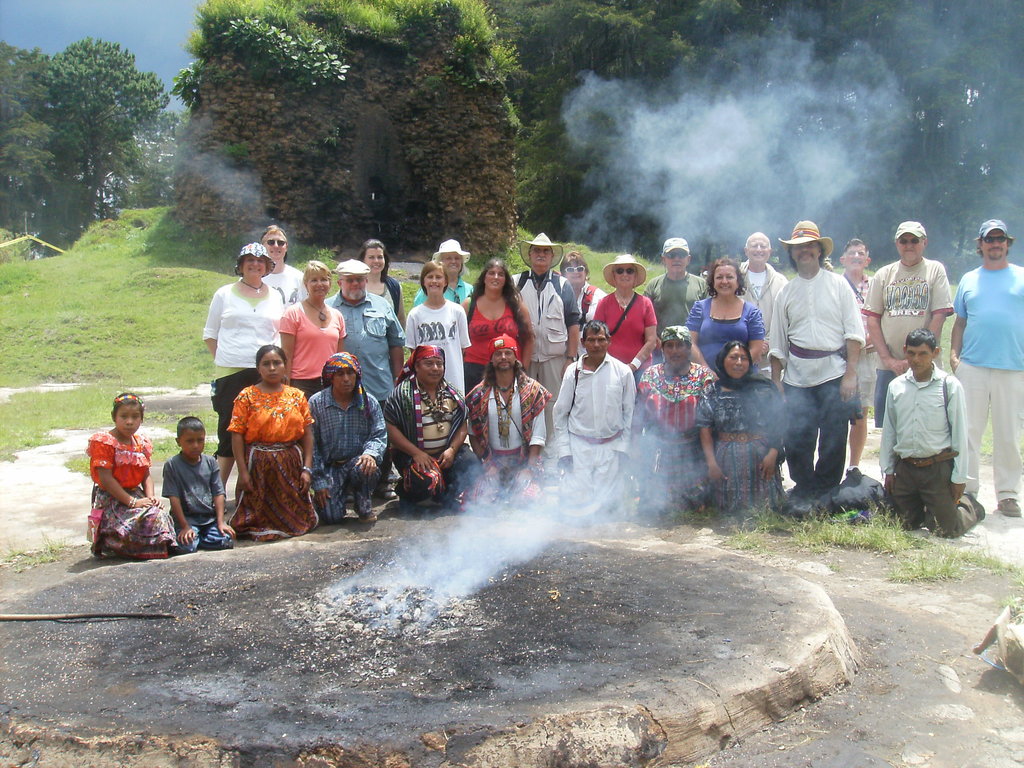 It is with the greatest of humility that I am called upon to report on the succesful completion of the long-awaited sacred tour that K'iche Maya teacher Antonio Aj Ik and I have been planning for over a year now. A total of 21 participants from the United States and Poland joined Antonio's father Don Telesforo and I, and a group of some of the most traditional Maya spiritual guides of Guatemala on a journey among the holy ancestral sites of the highland Maya people in that country.

Our tour was organized jointly by us at the MAYA TAINO PROPHECY INITIATIVE (a program of the Caney Indigenous Spiritual Circle) and by the archeologist and epigrapher Dr Edwin Barnhart of MAYA EXPLORATION CENTER.
This tour is featured as an official archeology course through the CHATAQUA AHAU TRAVEL short course program. 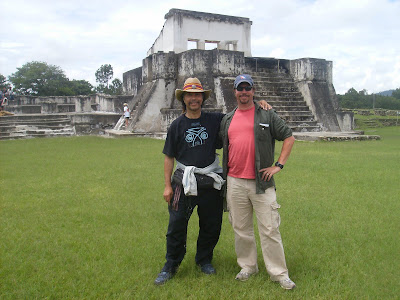 We began our trek with a traditional fire ceremony at the main altar of the ancient city of Iximche, capital of the Kaqchikel Mayas. The ceremony was led by elder Tata Chus Ixim Toj, of Kaqchilel ancestry. 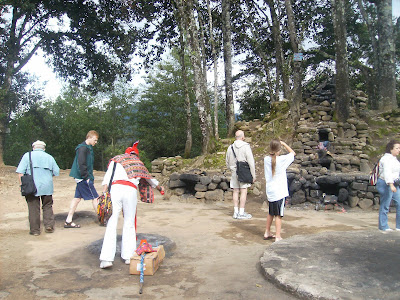 I was given the honor of helping Tata Chus with the preparations of the ceremony. 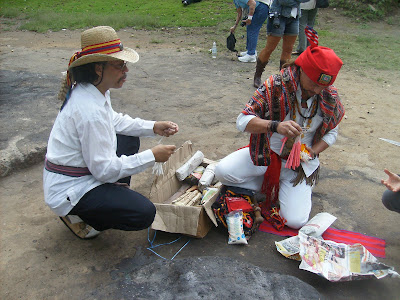 We were surrounded by the imposing ruins of the site. 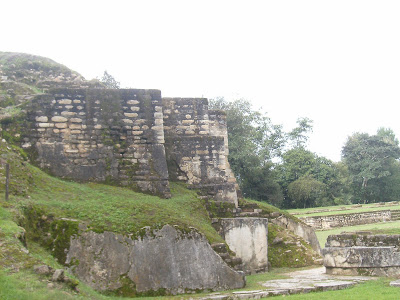 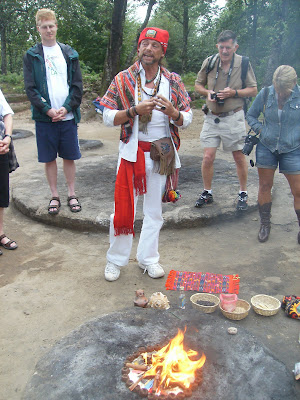 Tata Chus guided us through the fundamental elements of the ceremony teaching the participants many things that are important to know to fully appreciate the ancient sacred calendar culture that is at the basis of this life-path.

Later during the journey we travelled to the remains of the ancient capital city of the K'iche Maya people, a place called Q'umarkaj, near Santa Cruz Del Quiche, and participated in a grand ceremony there at the temple of Tojil led by our own spiritual guide, the K'iche Maya aj k'ij, Don Filiberto Perez of the Wukub Noj ceremonial center project, one of the two projects in Guatemala that we at MAYA TAINO PROPHECY INITIATIVE support. Don Filiberto was accompanied by his wife the elder Do~a Santos Lucinda, also by Don Telesforo Itzep, the father of my collaborator in the U.S. Antonio Aj Ik. We were also joined by Tata Chus Ixim Toj and Tata Jose Soc of the UNIFICACION MAYA community. 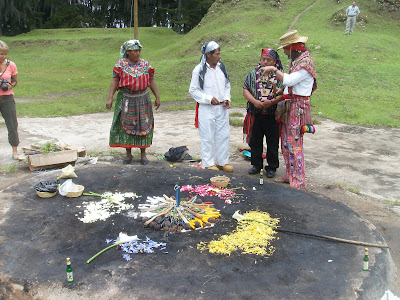 We were guided through one of the most powerful ceremonies I have had the honor of participating in ever. 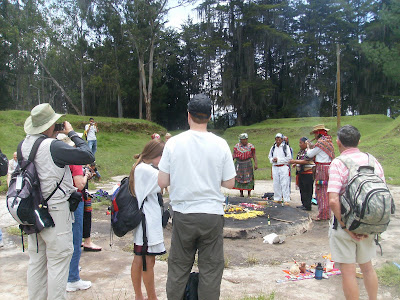 All of our participant guests were struck by the sweet serenity of the elder's prayers and by the intensity of the experience. 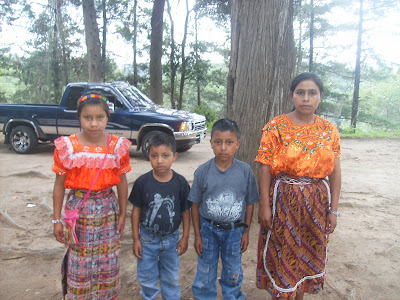 We were delighted by the fact that we were joined at the ceremony by Antonio's wife and three children, all of whom still live in his tiny village of Xix in the municipality of Chajul.

The ceremony concluded with prayers in behalf of Mother Earth and for all of her children during this the great era of transition just before the end of the current cycle of the Maya Calendar 2012. 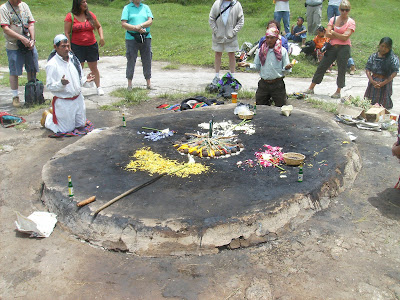 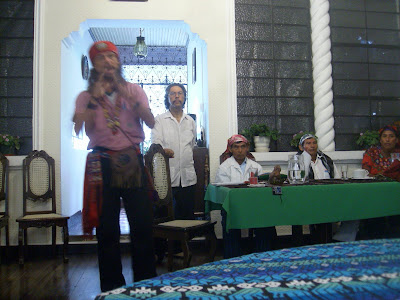 Later on we scheduled a conference guided by myself and Dr Barhart during which the elders were honored and where they had an opportunity to share their teachings with the rest of us. 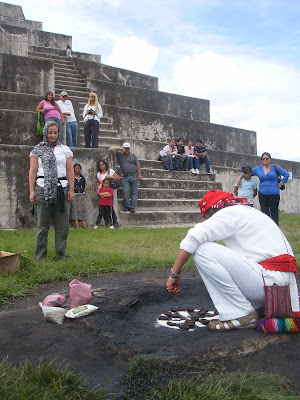 During the following days we travelled to other ceremonial sites where we were again led in solemn traditional ritual. These places included the K'iche Maya town of Momostenango and the imposing temple pyramid complex of Saculeu in the land of the Mam Mayas where Tajumulco volcano towers above the Heuheutenango landscape. It was this giant peak in the land of the Mam Mayas that was used by ancient Indigenous calendar elders over 2000 years ago to calculate the galactic alignment phenomenon that marks the 2012 prophecy.


In behalf of Antonio and myself and of the MAYA TAINO PROPHECY INITIATIVE, also in behalf of the CANEY INDIGENOUS SPIRITUAL CIRCLE which is the sponsoring organization of this initiative, I want to express my most sincere gratitude to the elders and teachers of the Guatemalan Maya community, to Dr Barnhart of MEC, to the wonderful group of participants from outside Guatemala who travelled so far to participate in this great experience, and most of all to the Divine Being who guides us all, HEART OF THE HEAVEN and HEART OF THE EARTH.
Taino Ti and In Lakesh
Miguel Sobaoko Koromo Sague

Thank you Heart of Heaven and Heart of Earth!