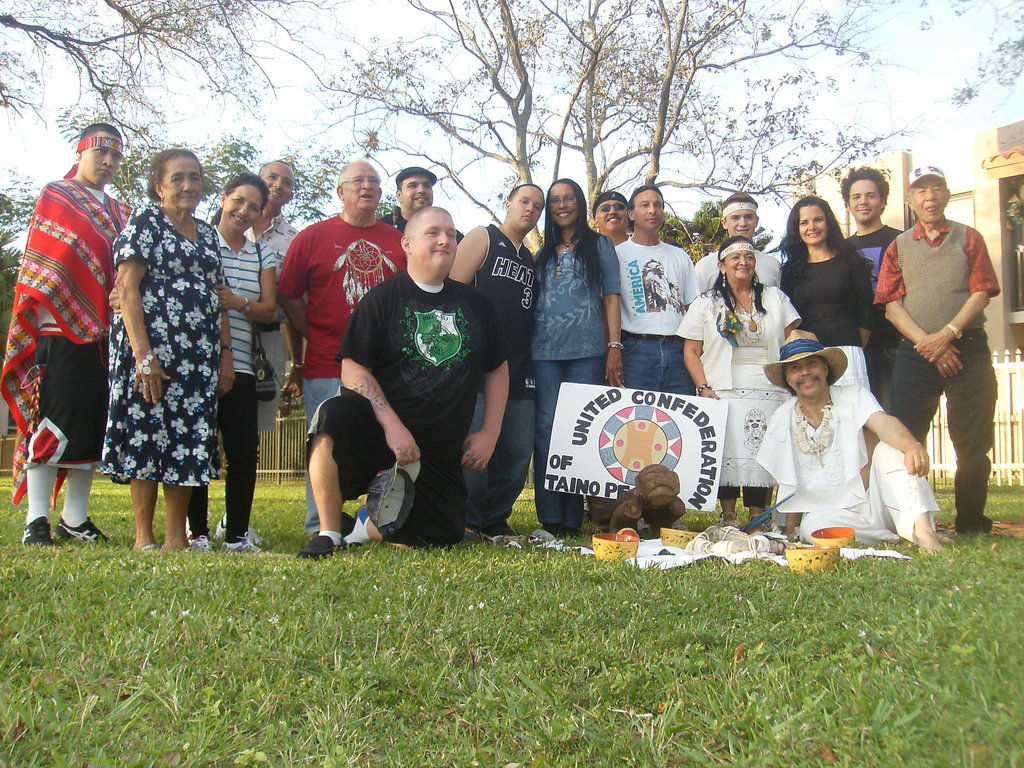 The MECGCaney Indigenous Spiritual Circle, with the co-operation of the United Confederation of Taino People brought together a wonderful group of Tainos and friends of the Tainos at Womens Park in Miami, Fla this past Sunday December 18  2011 to celebrate our annual WINTER SOLSTICE CEREMONY. 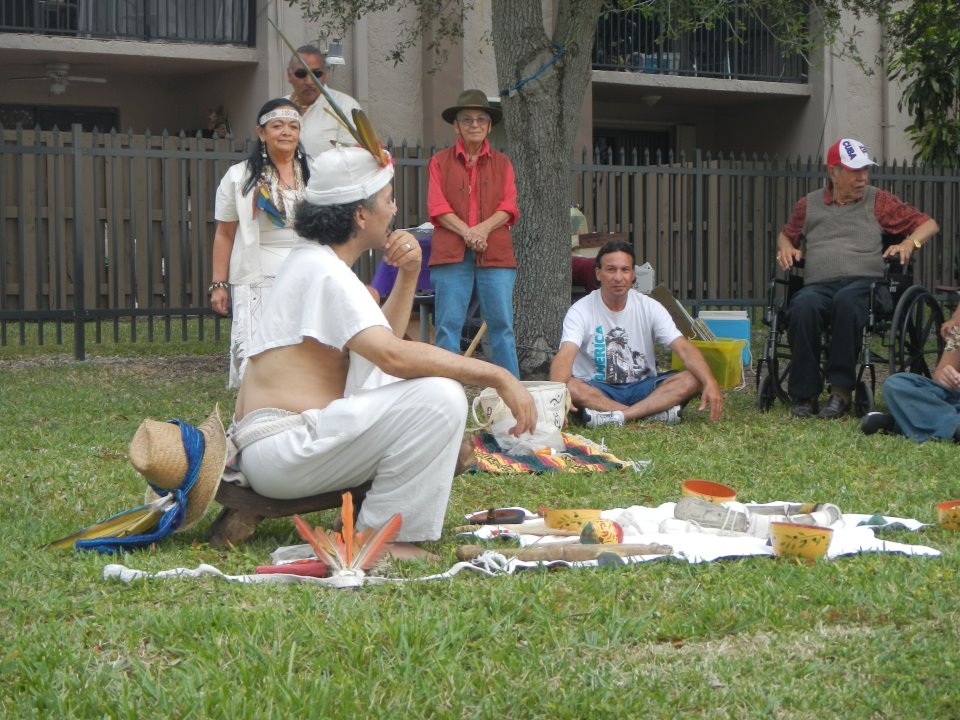 It was my honor to officiate the event which was blessed with the most wonderful outdoor weather. The sacred sun spirit shone down on us demonstrating the energy of the holy cemi, Yoka Hu whose re-conception we were celebrating. 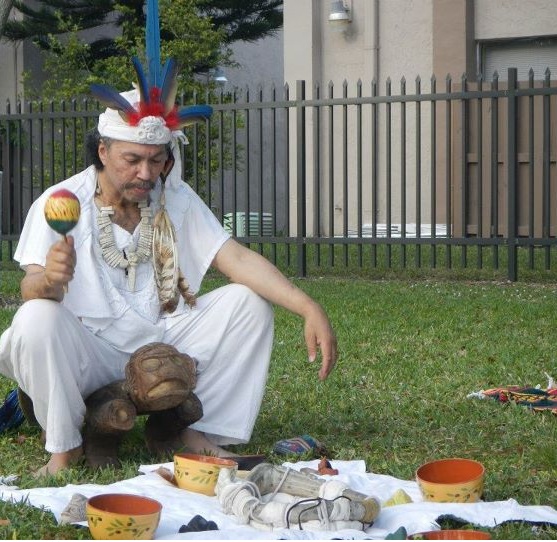 We honored the ancient Taino cemies with song and dance and we purified ourselves in the traditional way with tabonuco smoke, water and prayer. As usual, the coa hoop (seen lying on a white cotton sheet in this photo) played an important role in the ceremony when we tied the three-point cemi representing Yoka Hu to it, symbolizing the return of this our supreme LIFE SPIRIT to the womb of his mother after having died at Fall Equinox when the fish are running in our Caribbean homeland. We will eventually separate these two objects during a ceremony of rebirth and re-emergence at Spring Equinox. We were blessed this year, as in years past, with the participation of our beautiful Bibi, Mildred Karaira who took care of each participant's tabonuko smoke purification with her typical motherly ways using tabonuko that she had brought from El Yunque in Boriken. Her healing essence touched us all and made the ceremony that much more powerful by her presence. 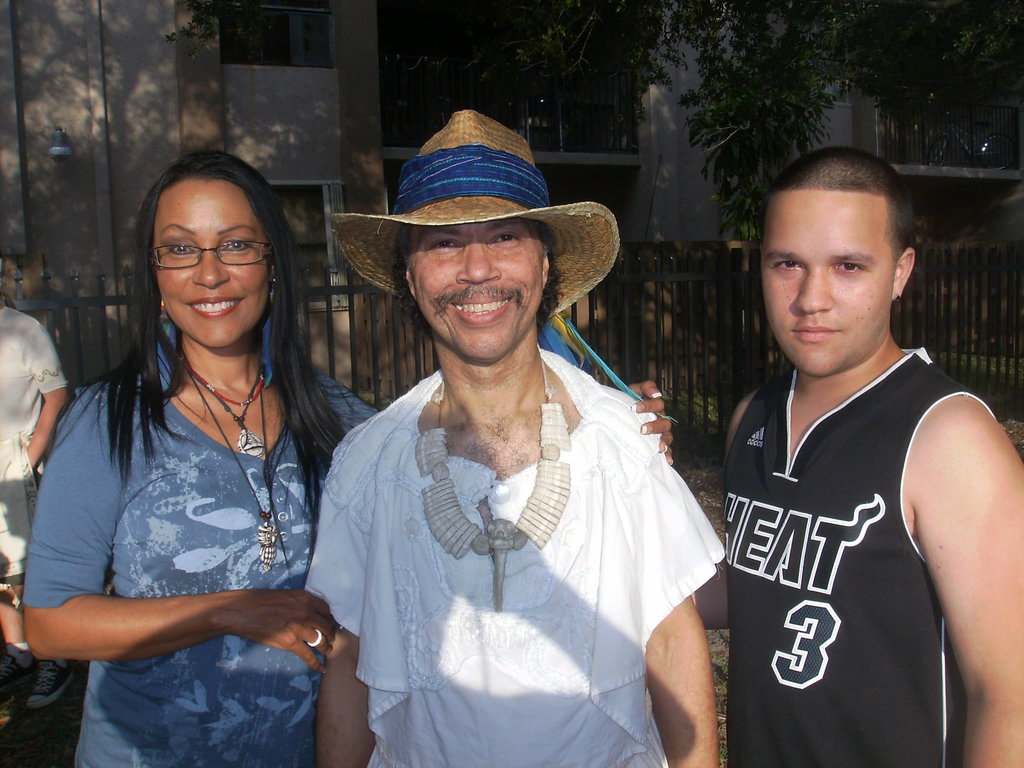 We were also blessed with the presence of Tai Pelly and her son Jarred who drove all the way down from way up in the more northern part of the state to be with us. 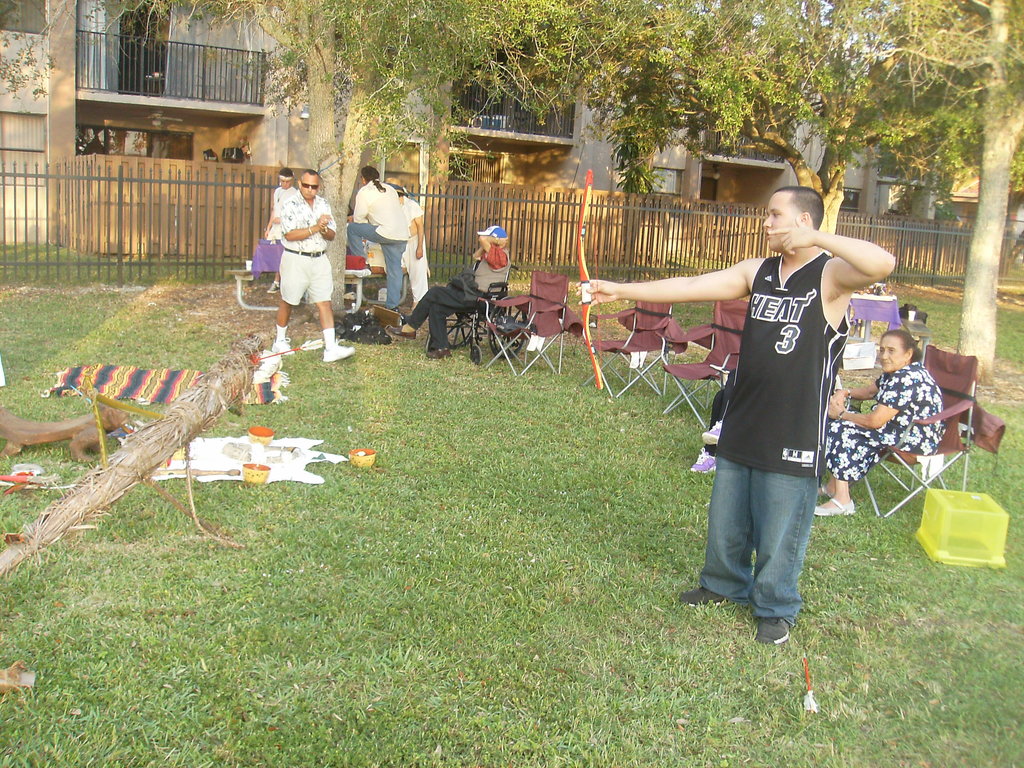 Jarred honored us by performing the role of the triumphant Yoka Hu during the Shark Dance this year. He re-enacted the arrow shot of that part of the ceremony for this photo at the end. 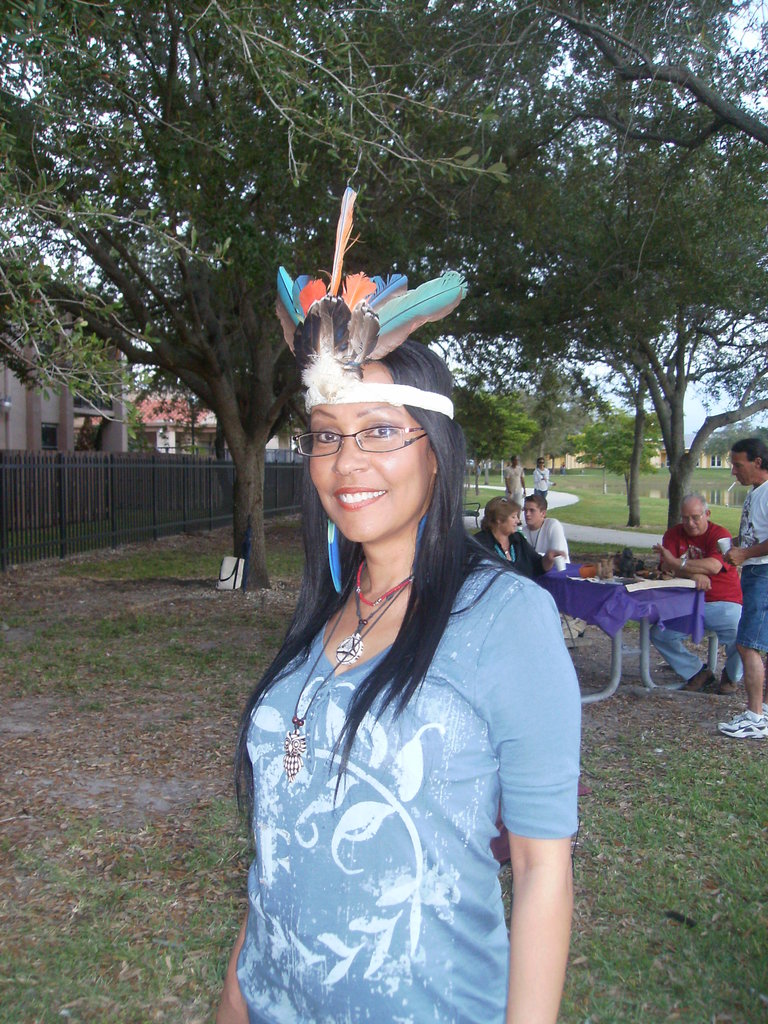 His mother honored us by performing the role of Yoka Hu's mother Ata Bey. 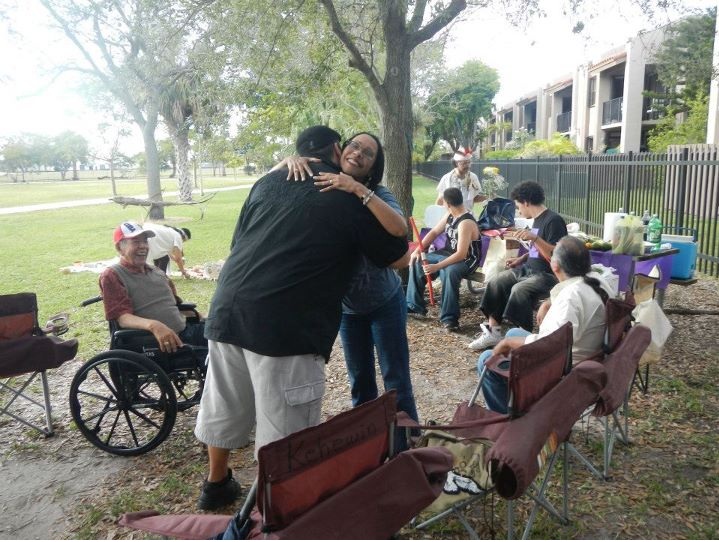 After the ceremony we all enjoyed a period of food sharing and camaraderie during which old friends renewed acquaintances and new friends got to know each other. 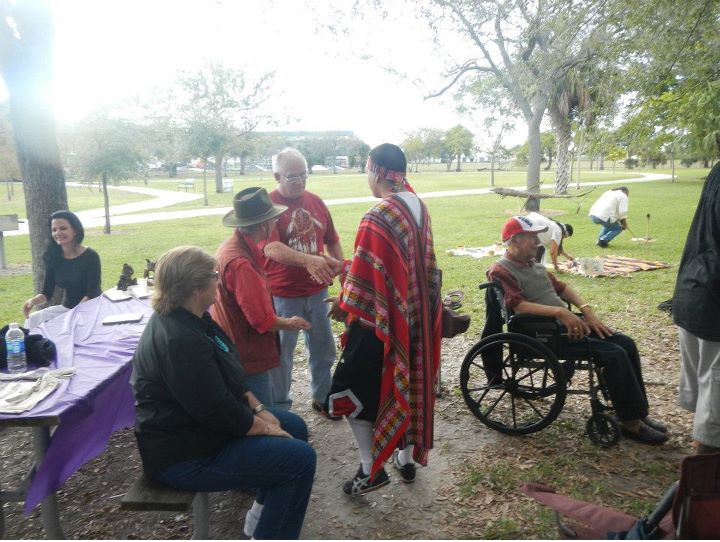 I want to take this opportunity to send out a great big Bo Matun to all our relatives who attended the ceremony this past Sunday and to Yaya, the Great Spirit, who makes all good things possible.