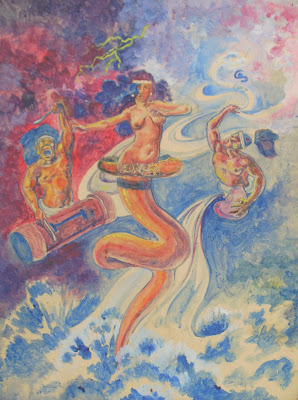 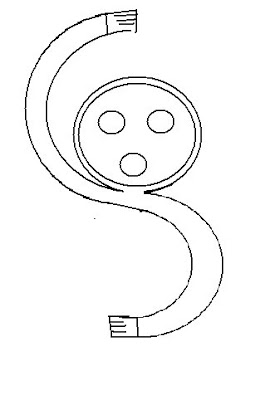 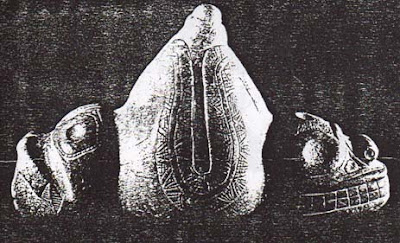 Hahom very much for this information, brother.  I have been very confused about this myself since beginning the study of my ancestors this past year and a half.  This clears up some questions I had.

Carter, your comment exhibits amazing insight and a thorough understanding of Maya sacred narrative tradition. The parallels you discovered between the manifestations of the Guabancex triad and the HunRakan triad are right on point and were actually pointed by several scholars who have made serious in-depth comparative studies of both cultures. There is absolutely no doubt that ancient Taino culture and ancient Maya culture experienced repeated and possibly sustained contact and interaction with each other. The research of scholars such as the archeologist Pendergast from Canada who carried out work in both the Maya site of Altun Ha in Central America and also the Taino site of Los Buchillones in Cuba proves that the connections indeed existed. The researcher Sebastian Robiou Lamarche makes references to the similarity in the names of the whirling, one-legged Maya deity of the hurricane and of the spinning Big Dipper-Little Dipper constellation complex ( Heart of Heaven) and the spinning whirlwind entity of Taino spirituality called Hurakan. I love meeting people who are acquainted with the Popol Vuh. Have you done any study of the work of Dennis Tedlock and Linda Schele?

Comment by Carter on May 28, 2019 at 11:22pm
Hey Miguel! Really liked the blog found it very informative I just wanted to know if you were just using Hu-Rakan in context of just the Taino semies and not the mayan deity himself which I've been reading alot on and in the mayan Popol Vuh which he is described as more than just a spirit of the whirlwind in fact from what I've read there is connections to the earth for it was him who invoked the earth to rise up from the depths of the endless sea and form land he's also associated with the flood that ravaged the earth. Not only that, but he was one of the main creators associated with fire as well and in some text natural disasters same as Guabancex. What really caught my eye was the kinda trinity system set in place with Guatauba and Coatriskie which is very similar to The Heart of Heaven trinity with Chipi Culha, Raxa Caculha, and Huracan which can be found in the Popol Vuh and if we were comparing the Mayan Huracan counterpart there would be alot of connections but I also understand the dual aspect of Guabancex and Ata Bey however it's not uncommon for deities to be both masculine and feminine if you were to propose the idea of the two being similar.

I'm sorry for not having responded. I thought I had given you an answer. about the comment. but thank you for the information I will begin to read immediately

The fact is that although we have no specific mention from the early Spanish chroniclers of a "dragon" per se in Taino culture, we can actually go to the culture of the near-by neighboring Indigenous nations, the Mayas and other Meso American peoples, and we find a lot of indications of belief in dragon-like creatures in their mythology.    We also find references to dragons within Maya tradition in the book THE FACE OF THE ANCIENT AMERICAS by Wally and Brenda Zollman  We also find mentions of sacred dragon entities in the writings of the American researcher Linda Schele especially in her book "Maya Cosmos". The fantasy website Auroswords.com makes reference to dragons and dragon-like creatures in Mexican and Central American mythology. We in the Caney Circle recognize that our ancient Taino ancestors maintained a cultural relationship with those Mexican and MesoAmerican cultures across the Caribbean. There was a lively trade in beliefs and traditions between the island people and the Central American mainland people. We understand that much of this culture (including beliefs in sacred dragons) was adopted by Taino people and incorporated into their own mythology. We believe that the ancient Taino associated Guabancex with the concept of a fearsome celestial dragon-like serpent and that also there was a belief in a dragon-like crocodile creature that represented the surface of the earth.

Hi, how are you, Miguel? I was wondering if you have more information of guabancex.
So I've been wondering if there is a dragon in the Caribbean. since everyone has a dragon in ther continent.So I decided to look for what I would classify as dragon. this is what I found in 4 dictionaries.
Webster's Dictionary: drag.on \'drag-en\ n dracon-,draco serpent,dragon, [fr.GK drakon;akin to OE torht bright,Gk derkesthai to see,look at] 1 archaic: a huge serpent
2:a fabulous animal usually represented as a monstrous winged and scaly serpent or saurian with a crested head and enormous claws.
Tormont Illustrated Encyclopedia: drag'en n. 1. a. A fabulous monster, represented usually as a gigantic reptile breathing fire and having a lion's claws, the tail of a serpent, wings and scaly skin.
b. A figure or other representation of this creature. 2. Archaic. A large snake or serpent [Middle English drago(u)n, from Old French dragon, from Latin draco (stem dracon-), dragon, serpent, from Greek drakon, serpent.
in the dictionaries that I find I found that a dragon is a huge serpent. J. R. R. Tolkien refers to his dragons as a serpent of fire.
Eastern Dragon The dragons are said to be made up of many different types of animals of the Earth: the body of a snake, scales of a carp (fish), head of a camel, horns of a giant stag (deer), the eyes of a hare (rabbit), ears like a bull, a neck like an snake, belly of a clam, paws like a tigers, and claws like an eagle. Most of the time they are shown to have a lion-type mane
Guabancex she is a snake, controls fire and air 3 features in a dragon. she is a force of nature like the dragons of the east .
I know this is not conclusive information. so I ask you if you have more in formation of this lady

Marohu's tears are said to be the rain drops