What a marvelous blessing it was this past weekend to participate in the three-day sacred areyto organized by my dear Boriken Taino friend/brother and Caney Circle beike-to-be, Bruce Akichitay Urayoel in the Pocono mountains campground of Outdoor World of eastern Pennsylvania. We celebrated the 2012 Autumn Equinox there. He received a great deal of help from his brother Carlo Hawk Walker, the kasike of Maisiti Yukayeke Taino, Roman Guaraguaorix, and a number of other beautiful people too numerous to count.

All in all we welcomed a little over 55 participants during the weekend event. Several of us fasted for the duration and most of us danced around a sacred guatu fire that was kindled in solemn ceremony on Friday morning and was finally extinguished on Sunday afternoon, having been kept burning day and night during the whole time. There was always someone playing the drum and always someone dancing in shifts all day and all night for the three days except for the moments when there was a special ritual being celebrated around the fire, and during most of these rituals there was plenty of dancing also. Dancing became the core element of the whole weekend.

The outdoor ceremonial site was blessed with profound natural beauty, being located right up against the shore of a gorgeous blue lake. I arrived from Pittsburgh with my friend Nancy on Thursday evening in time for a preparatory meeting with the elders and leaders of the ceremony. Nancy chose to camp in her tent. I created a confortable spot with my mattress roll and sleeping bag in the back of her suv. Most of the participants that joined us camped in tents or campers .

On Friday morning Sept 21 we arose before it was light for 6:00 AM Matia Sunrise Ceremony in which I led the group in welcoming Guey the Sun with purification rituals of water, tabonuko smoke and prayer. After the Matia Ceremony Akichitai Urayoel's brother Carlo Hawk Walker used a flint and steel to ritually ignite the sacred Guatu fire while I prayed to the White Cemi  about which we were taught by Bibi Margarita Noguera at the Jornada Indigena Taina in Jayuya Boriken. Many elements of this three-day event were patterned after the sacred teachings of that tradition in the central mountains of the home island.

The druming and dancing began soon after the guatu was lit. We danced and drummed in shifts just as it is done at Jayuya every August. Hawk Walker was the principal fire keeper but was relieved from time to time by others, especially Akichitai's friend Yoko. 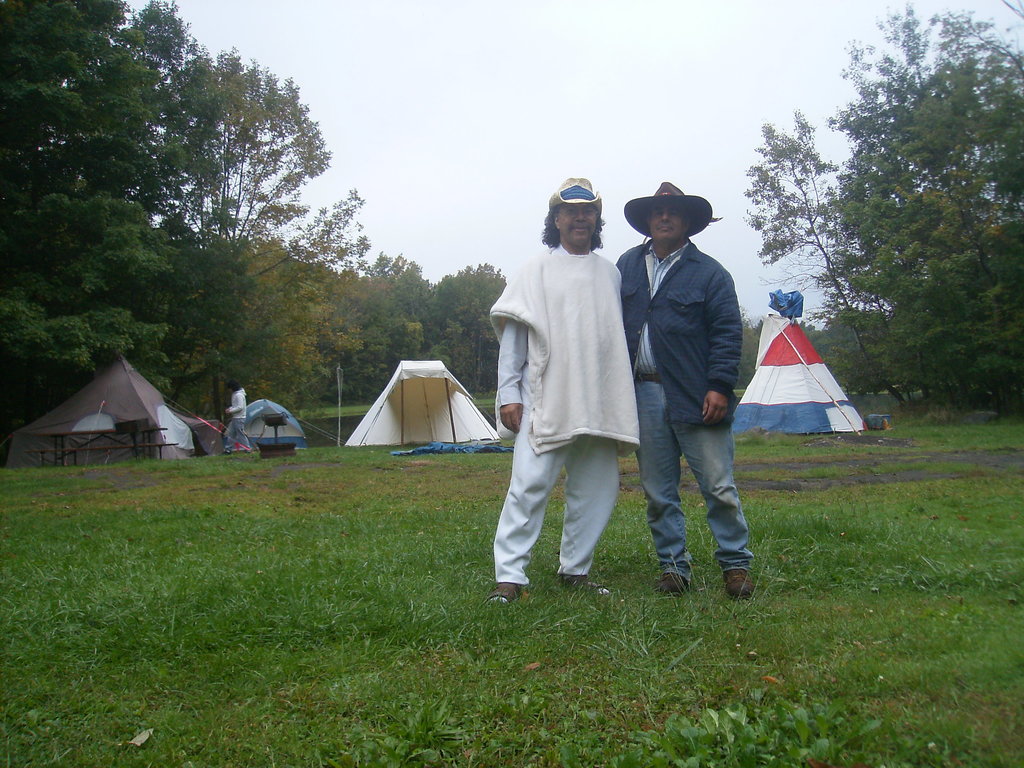 In this photo Akichitai's brother Carlo Hawk Walker and I Yoko turned out to be an invaluable friend to the areyto during the long night-time hours while Carlo slept.

I generally took up the night shift on drums and slept several hours after Matia Sunrise ceremony each day.

At 9:00 AM on Friday I arose from my morning nap to lead a sharing and teaching circle during which I related the Taino sacred narrative of Deminan Karakarakol. There was wonderful discussion and interaction based on this ancient legend and the elders were invited to add to the exchange as well as the rest of the participants. We held a similar Sharing and Teaching at 10:00 AM on Saturday during which we discussed the sacred narration of Guaguyona, the departure of the women from the cave of Cacibajagua and the healing of Guaguyona by Guabonito. Finally we also held this morning teaching and sharing session on Sunday morning at 9:00 AM. At that time we discussed the legend of Yaya, Yayael and the breaking of the great higuera gourd that held Yayael's remains turned into sea water and fish, and the relationship of this narration to the tradition of celebrating the ancestors during the Autumn season in association with the appearance of the Orion constellation and the great annual fish run in the Caribbean. This teaching was particularly meaningful because on Sunday morning I was actually able to point out the Orion Constellation sparkling brightly above us in the pre-dawn sky during Sunrise ceremony. On Saturday I slept a little bit longer after our Sharing and Teaching session and
then awoke in time to prepare for the 2:00 PM celebration of the Caney
Indigenous Spiritual Circle Equinox Ceremony.

We began the ceremony with the smoking of tobacco in an
ancient Taino clay pipe from Kiskeya (Dominican Republic) which was brought to
the ceremony by Kasike Guaraguorix. Imagine the thrill and honor of being able
to send prayers to the cemies using tobacco smoke from a 500-year-old
relic!!!

After the tobacco ceremony we divided into two groups; men
on one side and women on the other, as we have done every year for thirty two
years now, and performed the sacred Boa Constrictor Dance of the women in which
the sacred females weave a long snake out of ropes and then dance it back to the
men.

Oh how beautiful our blessed women looked arrayed like a glowing string of
pearls along the length of that woven rope as they danced back to us to the
rythm of the Atabey chant!

After the Boa Constrictor Dance it was my honor to gift the woman who played the role of Ata Bey with the woven ropes of the snake. 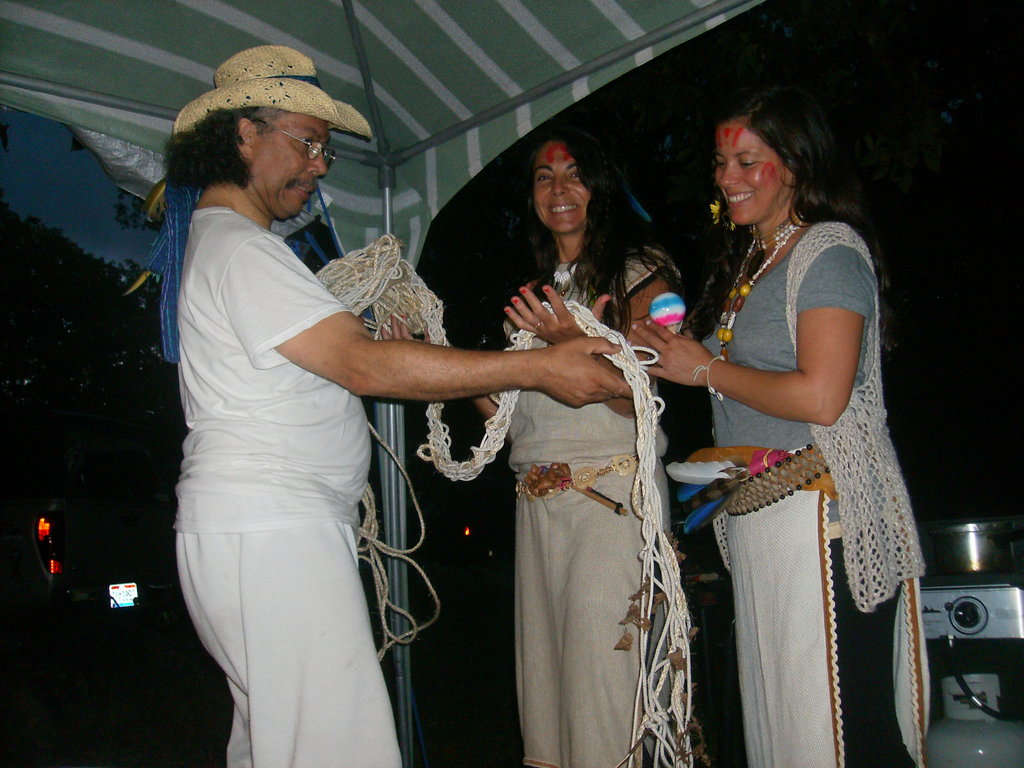 We concluded the event on Sunday after the Sunrise Ceremony and the Sharing and Teaching Session were both concluded and after the dancing had proceeded til about 1:00 PM. At that time the guatu fire was ritually extinguished, the event was solemnly closed and those who had been fasting were given permission to break their fast.

We had a great feast with lots of delicious food that had been brought in by many of the participants.

Please enjoy the photos of the event that follow: 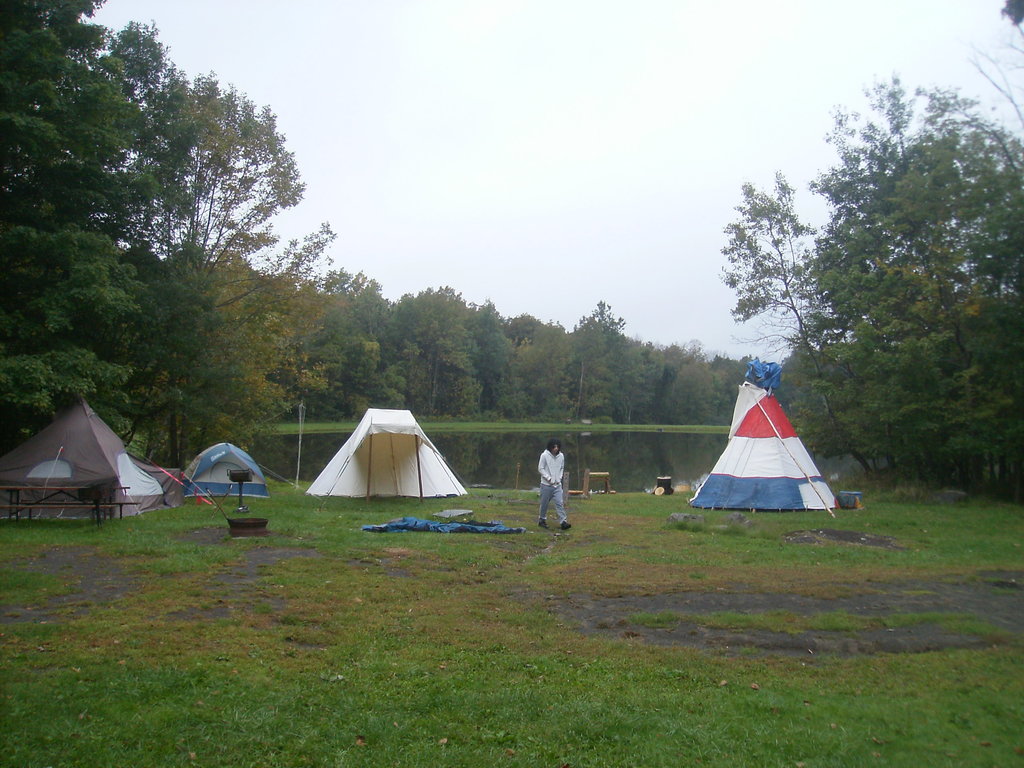 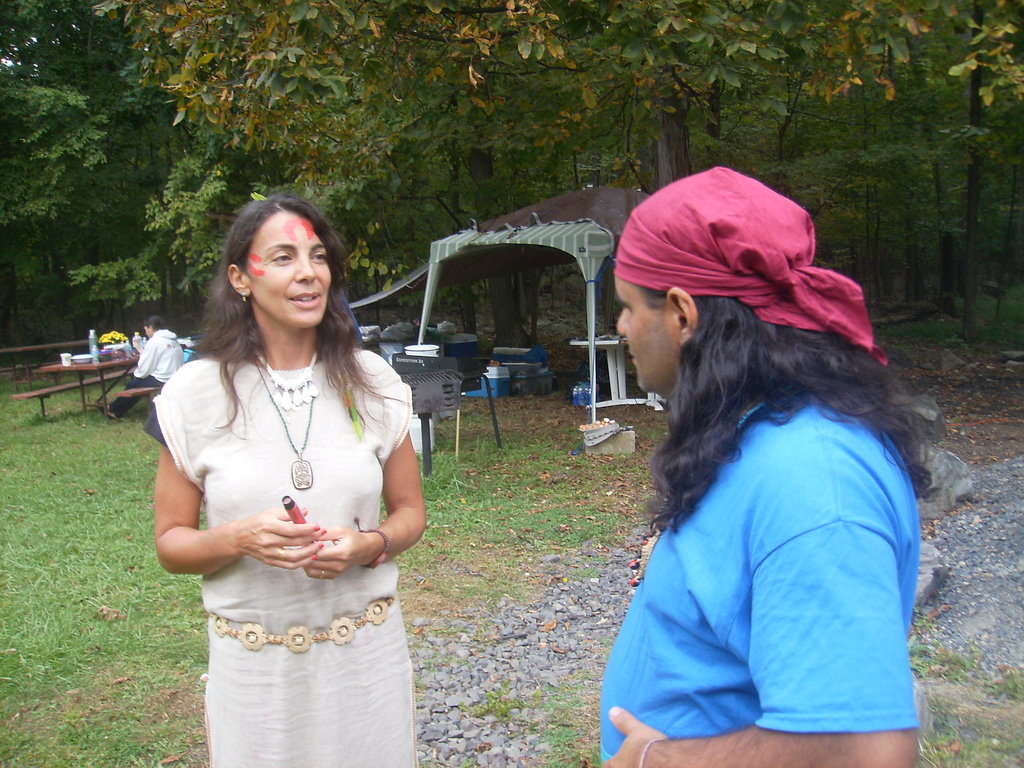 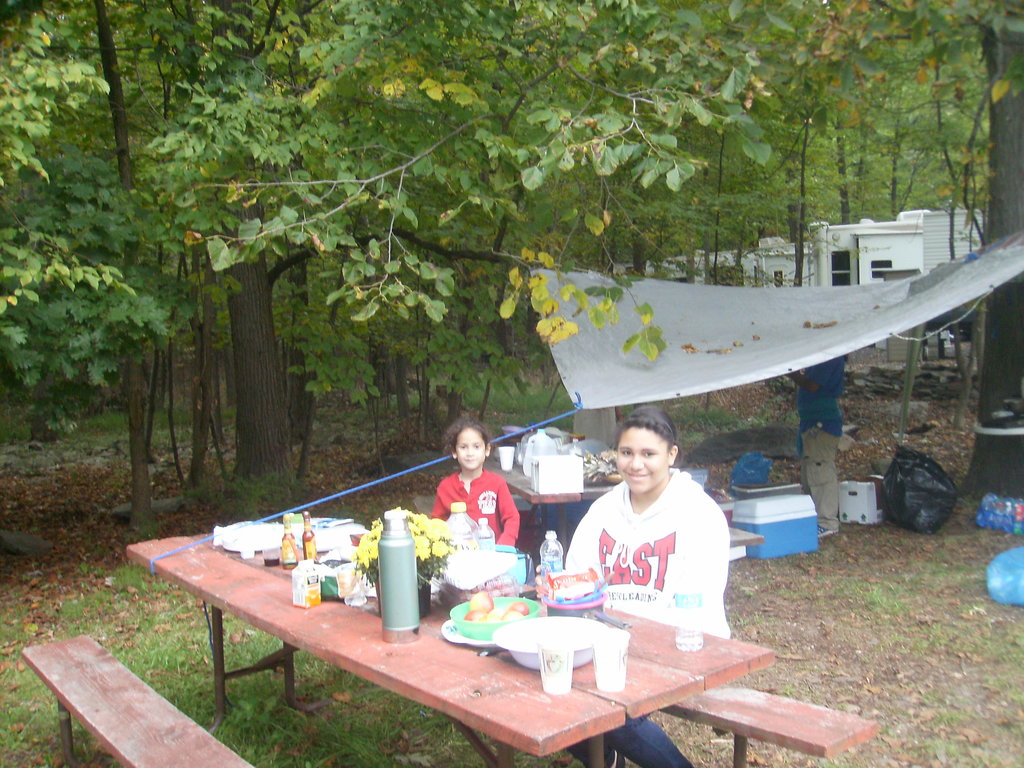 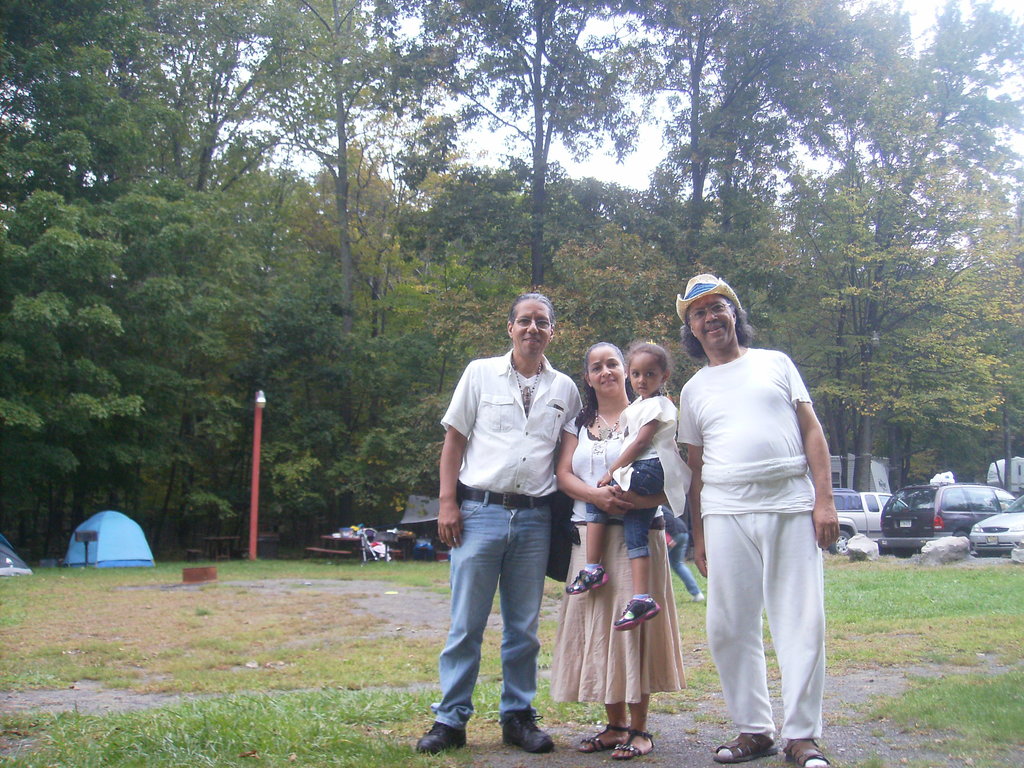 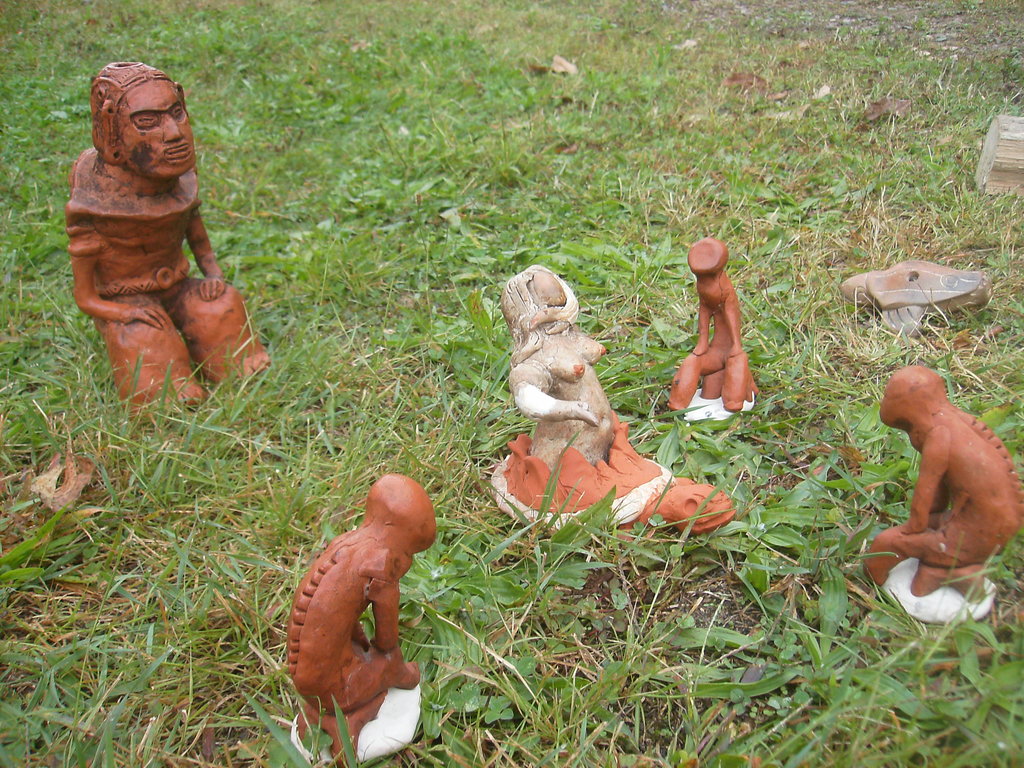 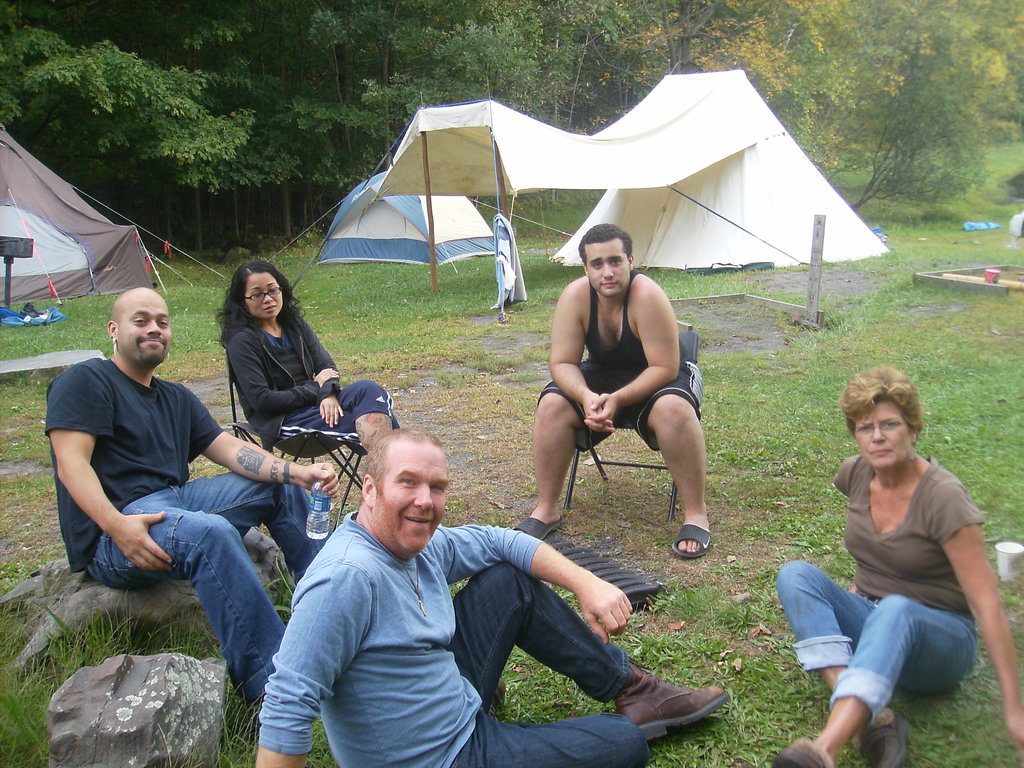 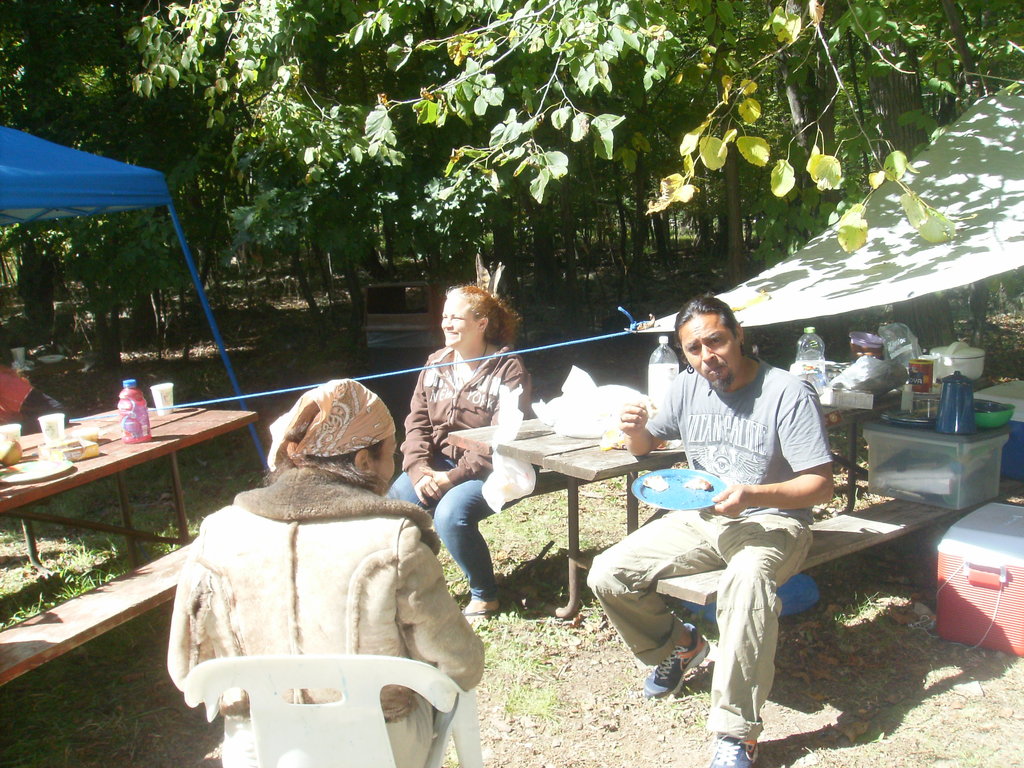 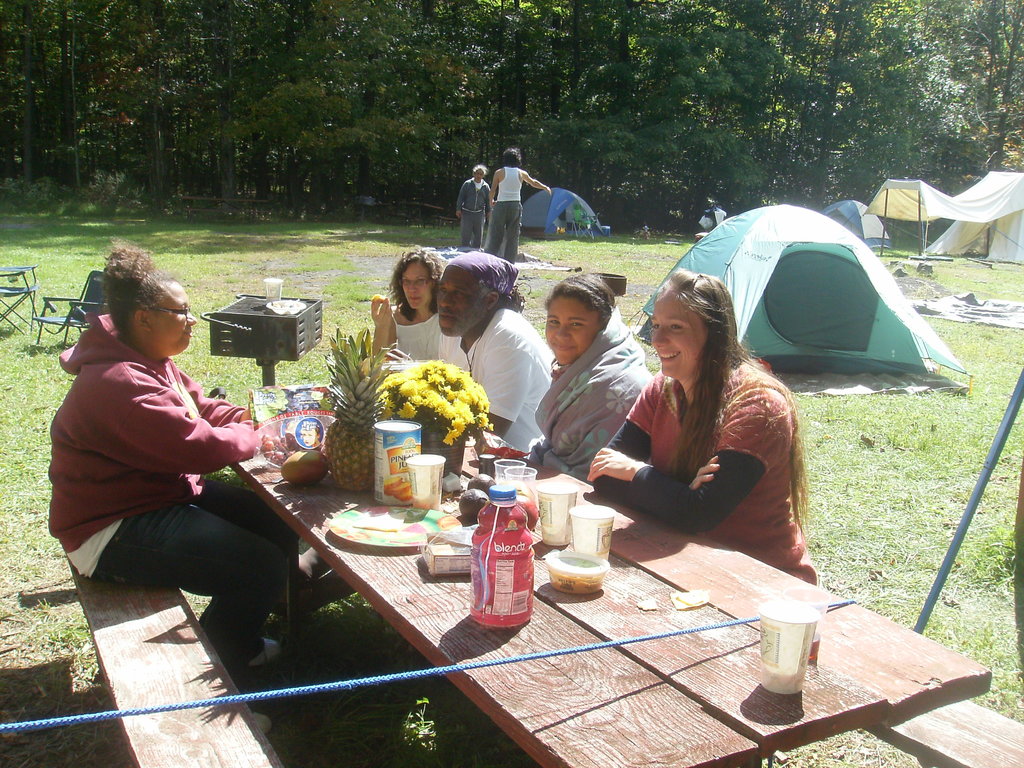 I want to express my profound gratitude to our brother Akichitai for organizing this phenomenal event. I also want to extend a special Bo Matun to Nancy for providing my transportation and a place to crash. Bo Matun to all those beautiful souls who participated in this Areyto. Seneko Kakona (Many blessings to all of you!)

Comment by Miguel Sague Jr on October 7, 2012 at 9:23am
Rompiendo Fuente lyrics

On this ocasion to stress the beauty and power that lies in the ability of fertile women to bring forth life from their womb I shared the lyrics of the beautiful song by Juan Luis Guerra ROMPIENDO FUENTE.

Please the enjoy the two videos included here. The first one is a performance of ROMPIENDO FUENTE by Juan Luis Guerra himself. The second one is an extraordinarily loving photographic tribute to a pregnant wife by a loving husband with the music of ROMPIENDO FUENTE in the background.

I can only say that it is an unique honor to be allowed to serve my people as the sacred spirits of my ancetsors have done up to this point. I only pray that they continue to bless me in this way.

Wow Miguel!  Thank you so much for all the beautiful photos and description of this event.  How wonderful to keep the traditions alive- blessings to all the people who do this. Thank you for all that you do and all the teachings that you give from the heart.  Miigwetch.  Mary Lou